Guest Column: May we recommit to loving one another 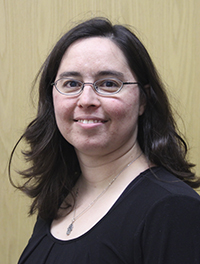 “Did you hear about Pittsburgh?” asked my mom. She reports important news to our household, as we have no TV.  The radio was not yet on this Saturday morning.

“No.  Please tell me,” I replied, though I was already steeling myself for bad news.

I felt similar to when the principal asked all staff in our school to report to the library for a five-minute meeting a few weeks ago. These meetings, inevitably, are to share sad news.

The death by suicide of a high school student in our community. The murder of 11 Jewish worshippers in a synagogue in Pittsburgh plus six injured people, including police officers.

These are bits of news that break the heart of families and community members.

For those not immediately connected to the victims of tragedy, it is a passing feeling, one that is all too commonplace. For those who have a personal connection, the hurt is longer lasting.

My mom told me that our cousin, Daniel, was on his way to Tree of Life Or L’Simcha synagogue with one of his four children on the morning of Oct. 27, but was running late. He was thankfully not present when the shooting happened.  He is currently mourning the loss of 11 members of his Jewish community, and making food for the shivas of 11 people.

In Jewish tradition, the deceased are buried quickly. We do not embalm. There is a period of mourning at the home for the family of the deceased called shivah. During shivah, family and friends gather to pray, to support mourners and to honor the memory of the person who died.

So, what are we left to do?

Love one another. Listen. Choose civility. Speak up against bigotry in all of its forms. This is nothing new or insightful. It is simple, yet so difficult to do.

When I hear inaccurate or harmful words about groups of people, do I speak up? Not always. Why not? I perceive the “risk” as not worth it. What is the risk? I don’t want to be perceived as principled, outspoken or politically correct. I don’t feel I have the privilege that others do, those in positions of political or organizational power. I don’t want to be seen as, “that opinionated big-city Jew,” that “person who is not from here,” and “is not one of us.”

Do you see me that way?

How do you see your neighbors? How do you encourage them to be seen?

I have been so encouraged in this community to be seen. I feel so grateful. I have been welcomed into this town, into my husband’s family, sought after for involvement, entrusted with opportunities for leadership and written about in the newspaper. Are others? I can’t speak for them. I do not know. I hope so.

My husband, who was born in Albert Lea, is a white Christian male, and is a loving and private person. It takes effort for him to speak up, yet he has often done so for things that I cannot. He has used his privilege as a person who is from here, who understands small towns in general and Albert Lea specifically, to say things I feel I cannot. I am grateful.

The pyramid of hate, shared in curriculum from the Anti-Defamation League, shows that words matter.

Laws matter, too. Writer Nicholas Kristof of the New York Times has written thoroughly about gun policy in the U.S. I learned much from reading his work and thank Amanda Lester for introducing me to him and his wife, Sheryl WuDunn, through their book “Half the Sky.” Gun violence happens disproportionately in the U.S. and happens every day, not just in widely publicized mass shootings.

I donated to HIAS, one of nine organizations that resettles refugees in the U.S. It was founded by Jews for resettling Jewish refugees but now serves all refugees. HIAS was mentioned by the Pittsburgh shooter as a reason for his hatred of Jews.

Please exercise the privilege of voting on Tuesday, Nov. 6, or before. In Freeborn County, you can vote early at the courthouse. Examine the way that candidates speak to one another and to the public, even to those who disagree with them.  Words matter. Challenging authority is important. Doing so with civility is crucial.

Finally, thanks to the police officers, firefighters and first responders in our community who sacrifice themselves for the safety of us all.

Taryn Israel Nechanicky lives in Albert Lea with her husband and daughter.