ST. CLOUD — A man who was kidnapped and sexually assaulted as a child by the same man who abducted and killed Jacob Wetterling will get a chance to tell his story in court. 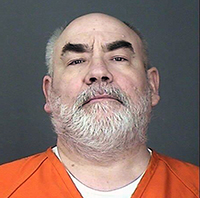 Jared Scheierl was 12 when Danny Heinrich assaulted him in Minnesota, nine months before 11-year-old Jacob was kidnapped in October 1989.

Jacob’s abduction grabbed national headlines and was unsolved until 2016, when Heinrich confessed as part of a plea deal in a child pornography case. He’s serving 20 years in federal prison.

Heinrich also confessed to kidnapping and assaulting Scheierl, but could not be charged because too much time had passed.

Scheierl sued Heinrich, accusing him of sexual battery and false imprisonment and alleging Heinrich caused severe and permanent psychological injuries. He is expected to testify about the trauma he experienced in a trial that starts Friday in St. Cloud.

The lawsuit seeks more than $50,000 in damages for income loss and the cost of psychological treatment. The trial, which will be before a judge instead of a jury, will include other witnesses. Heinrich is serving his prison sentence in Massachusetts, and he and his attorney aren’t expected to attend.

The Associated Press does not routinely name victims of sexual assault, but Scheierl has spoken publicly about his case.

He has said that on Jan. 13, 1989, he was walking home in Cold Spring when Heinrich approached him and asked for directions.

Heinrich then grabbed Scheierl and forced him into his car, threatening him with a gun. He drove Scheierl to a secluded area, sexually assaulted him, then let him go, telling him not to look back or he would shoot.