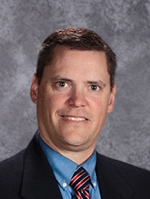 The time has come for one of the oldest traditions in education to happen again. It’s not fall break or Homecoming, but dates even further back. It is grading time. Four times a year, teachers collect a plethora of information from student work, assign a letter grade to represent the work submitted, input that letter grade into the computer and then mail a report card home to parents. This communication is intended to inform parents what kind of student they have and what they have learned along the way.

The A-F criterion-based grading system can be traced back to colleges in the mid- to late-1800s. Yale, Harvard and College of William and Mary all have written documentation of grading levels being used, beginning in 1877. In 1897, Mount Holyoke was the first to use letters to represent grades. From this point on, letters became the cornerstone for grading practices, and educational institutions of higher learning have done little to change this practice. Lucky for us, education has not changed at all in the last 121 years. Or has it?

As we all know and recognize, students learn differently than they did over 120 years ago. There are new tools students use to access information in seconds that would have taken students of a decade ago hours, days or weeks to obtain and learn. Educators have worked extensively to break down what students need to know to be successful after they graduate from school, whether that be moving on to college or joining the workforce. Should grading not also adapt to prepare our students for a career or college?

Standards-based grading is a potential grading system that, when implemented correctly, can give teachers and parents better information about what students are learning and when students are proficient in learning the most vital pieces of information presented in the classroom. It is usually reported very differently from the A-F system we are used to, and eliminates some of the pitfalls of percentage grading, such as the Power of Zero, where students who miss an assignment are penalized almost to the point for not being able to catch up. Instead, students show mastery of multiple learning targets within a class and are given immediate and consistent feedback as to what skills require more attention. Students who master learning targets more quickly are able to move forward and have access to enrichment activities.

Changing the way grades are determined and reported is a conversation long overdue in schools. It is a conversation that will require collaboration between teachers and administrators, as well as thorough communication with parents and the community. Here at Southwest, we have taken small steps to make the grading system more representative of student knowledge. Ninety percent of a student’s grade is based on assessments, and those assessments are allowed to be retaken to show mastery.

I look forward to having further conversations as to how school staff can accurately report what is learned by students of Southwest Middle School and the Albert Lea public schools. We are always learning and always expect the best.

Chris Dibble is the principal of Southwest Middle School.