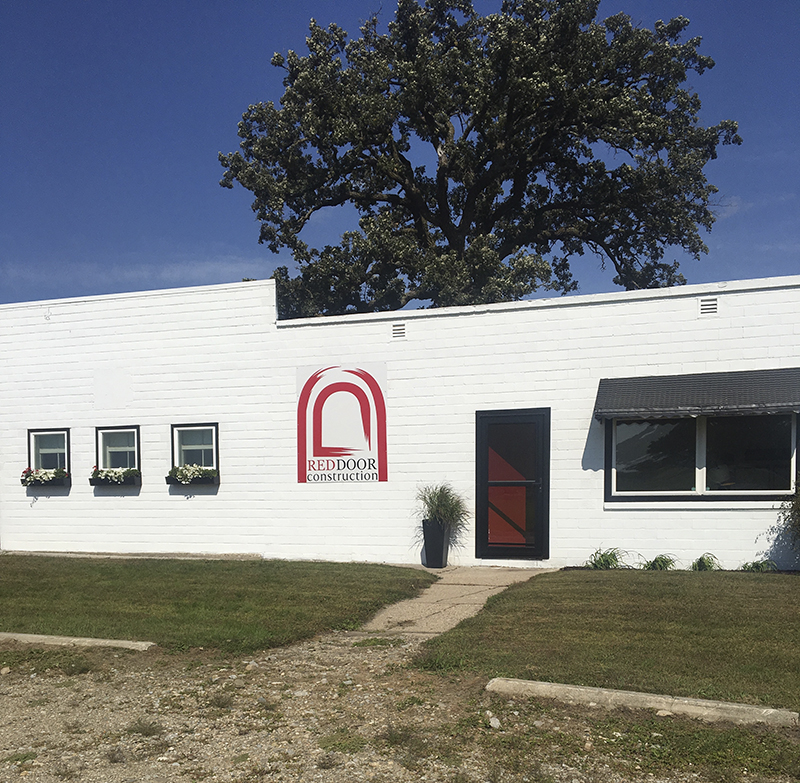 MANCHESTER — The transformation of the old Jordahl Meats building into the new home of Red Door Construction is almost complete.

Jeremy and Brooke Jacobson wanted to keep a few of the features of the 70-year-old building that has been in Brooke Jacobson’s family for generations. Those features included two cedar shake awnings, the ceiling and two of the original cooler doors on the building. One of the doors is full size and leads to the back area, which is now a shop for their carpenters. The other is a window-sized cooler door, which was used to pass meat from the back to the area behind the deli counter. 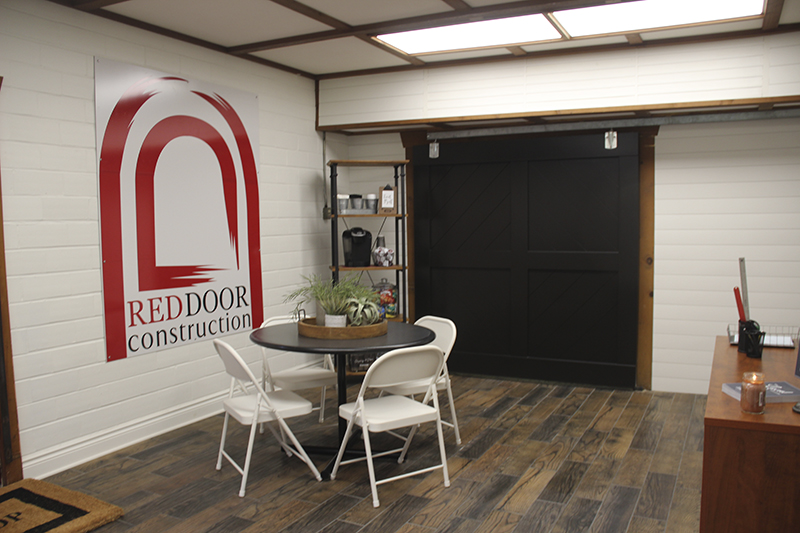 The Jordahl Meats deli counter has been replaced with a sitting area for Jeremy and Brooke Jacobson to meet clients. An uncompleted area lies behind the black sliding barn door, which is a new addition. The porcelain tile floor was also installed during the remodeling project. – Kelly Wassenberg/Albert Lea Tribune

The deli counter was removed to make way for a sitting area for the Jacobsons and their clients. The couple is still looking for a set of a table and chairs to replace the temporary sitting area they have now. Behind the sitting area is a new black sliding door, which separates the finished and unfinished areas of the building.

The couple has desks in this space as well, although Jeremy Jacobson does most of his consultations on site. 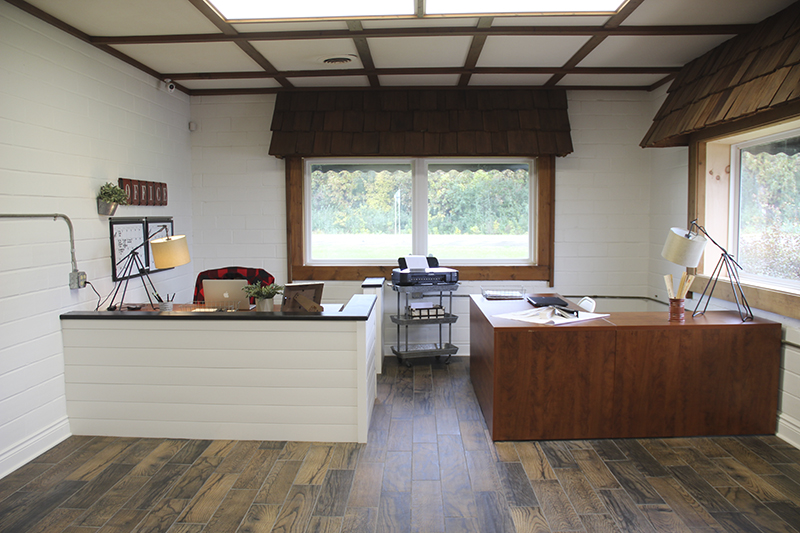 Jeremy and Brooke Jacobson have converted the front room of the old Jordahl Meats building in Manchester into the new home of Red Door Construction. Her desk sits on the left, his is on the right. The ceiling and cedar shake awnings were left untouched during the remodeling process. – Kelly Wassenberg/Albert Lea Tribune

Brooke Jacobson said she hopes the public will come see the newly renovated shop, enjoy refreshments and get a start on holiday shopping. 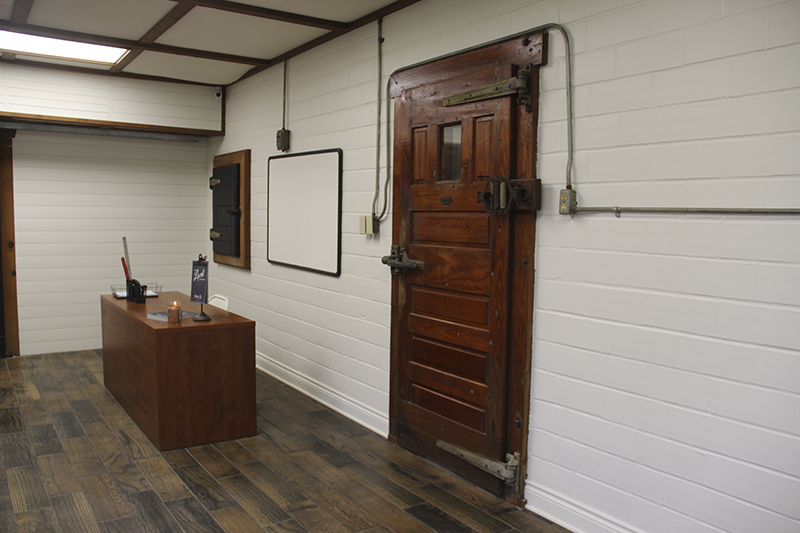 Two of the original meat locker cooler doors were kept during the remodeling process. The full-size door leads to the shop. – Kelly Wassenberg/Albert Lea Tribune

1 arrested for assault and other reports