Shoff seeks his fourth term on county board 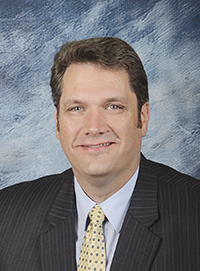 To Shoff, who is running unopposed, most of the items contributing to tax levy increases “have been to pay for various projects.”

He noted the county took over dispatch services from the city of Albert Lea and voted to increase security in the Freeborn County Government Center, “which contributed to an increased levy.”

He said District 2 Commissioner Dan Belshan convinced the board to demolish the Oakland school building, which was sold as a part of the Austin school district.

Commissioners also funded the reconstruction and remodeling of the Freeborn County Grandstand.

“While (demolishing of the Oakland school building) was a commissioner’s pet project, the second was a long-overdue and much-needed project and something that should have been done 25 years ago,” Shoff said. “This Grandstand reconstruction project will have a huge community benefit and is much more financially prudent than doing nothing for years to come until the Grandstand has to be completely reconstructed.”

Shoff, a chiropractor, is seeking his fourth term on the board. He was first elected in 2006.

Shoff, who has consistently spoken against the hospital transition of services, called it “an unfortunate situation from the start because of the lack of communication from Mayo.”

“We currently have a better working relationship with Mayo now than we have had in the past, but Mayo’s changes in community health care are still moving on without the community’s input,” he said.

Shoff predicted the damage to the hospital system’s local reputation will not heal for another generation, and he expressed concern about potential economic and workforce losses to Albert Lea and health risks for expectant mothers based on the transition of birthing services to Austin.

Shoff noted Freeborn County was found to have a $6.5 million transportation funding deficit per year over the next 10 to 15 years just to maintain the current transportation system.

He said Freeborn County has implemented a wheelage tax and a transportation-dedicated sales tax but still faces a $4.5 million deficit over the next 10 years.

“We are very fortunate to have Freeborn County Public Works Director Sue Miller,” Shoff said. “She is regarded as an expert in transportation and engineering throughout the state of Minnesota and also nationwide. With her leadership, we have been able to leverage more state and federal monies, develop a long-term plan and use her knowledge in cutting-edge ways to do more with less funding.”

To Shoff, the county needs to work better with cities, townships and school boards, noting there are counties throughout Minnesota that have committees including all levels of government working together on issues and focusing on county property taxes.

“I suggested this over 10 years ago, and we still have not implemented any such committee,” he said. “Freeborn County needs to be more active in economic and workforce development. We have had a cursory role in economic development and believe we can have a more significant and active role in the future.”

To Shoff, commissioners need to be involved and attend committee events they are assigned to.

“I recently attended the Association of Minnesota Counties fall policy committee meetings,” he said. “There were multiple counties that had all county board members attend. In my time, not one other Freeborn County commissioner has ever attended.”

To Shoff, the county needs to continue to try to solve multi-generation and childhood poverty, reduce adverse childhood experiences, substance abuse issues and a lack of inclusion of minorities in communities, “as these will help our future budgets.”

Shoff noted when the county instituted its federal Immigration and Customs Enforcement contract in 2009, “we worked very hard to secure this contract for Freeborn County.”

“We have always and only housed adult males. While immigration has been a divisive issue in other areas of the country, I do not feel that we need to end this revenue and employment stream here in Freeborn County.”

Shoff said the county has “competent and dedicated staff.”

“(Freeborn County Administrator Thomas Jensen) has done a fine job in restoring morale and working through the problems that he inherited,” Shoff said. “He has been tasked with working with department heads on a fiscally prudent budget and continuing to face the challenge of the workforce problems that we have been dealing with for many years.

“These issues have been talked about for many years but have been derailed over and over.”

(Jensen) has acted on this priority and has moved forward with this initiative, including making the process budget-neutral,” Shoff said.

He noted the disproportionately long amount of time since the county has re-evaluated its positions, adding “there is a real potential to lose state funding due to non-compliance with the pay equity system.”

“This is a long-standing and a continuing issue that should be discussed and deliberated frequently rather than putting it aside, thinking it will go away, and not realizing the cost to Freeborn County taxpayers by not addressing the issue,” Shoff said.

Shoff noted he was the only Freeborn County commissioner who lived in Albert Lea when he was first elected and is now one of two commissioners living in Albert Lea. He said joint meetings between the county and city have taken place, and they worked together to connect sewer and water to the Stables area after decades of discussing the issue.

Shoff said the Shared Services Committee began meeting this year so the two boards can work together, adding he is looking forward to working with the city on Bridge Avenue and East Main Street projects and development of the former Union Pacific railroad corridor.

Shoff said he is seeking office because while the county is at the intersection of two interstates, “they are at a crossroads as a community.”

“Freeborn County needs to continue to work with all that we can on economic development, solve the health care crisis that was thrust upon us and grow our community,” he said.

Shoff said he also wants to see the completion of Bridge Avenue and East Main Street projects and “would also like to remain an integral part of the planning and construction of the Union Pacific Rail Line corridor, along with the potential of acquiring and construction of the rest of the abandoned line working with the county and city of Albert Lea.”

Shoff is one of three commissioners in the state elected to serve on the NACo board of directors.

“Throughout my involvement, I have been able to cultivate the relationships with various levels of government, brought back pertinent information and programs to Freeborn County and have learned of emerging issues that affect county government,” he said.

Shoff said he has used his involvement at state and federal levels, along with the city of Albert Lea, to help secure the county’s ICE contract, the purchase of the United Pacific rail corridor from Albert Lea to Hartland, curbside recycling through Waste Management, the Stables area annexation and the location of the Albert Lea Veterans Affairs Clinic.