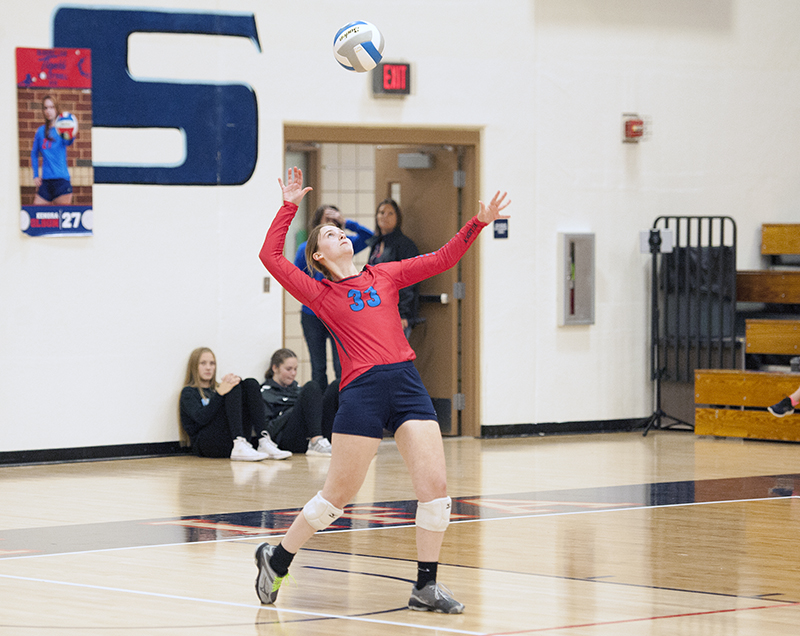 Albert Lea senior Kallie Holl serves the ball in the second set of Monday night's match against Winona. Holl had numerous key digs in the second set, but the Tigers ultimately fell to the Winhawks 3-1. - Tyler Julson/Albert Lea Tribune

Despite playing well and winning the second set, the Tigers were unable to string together enough momentum to carry into the other sets, losing to the Winhawks 3-1. 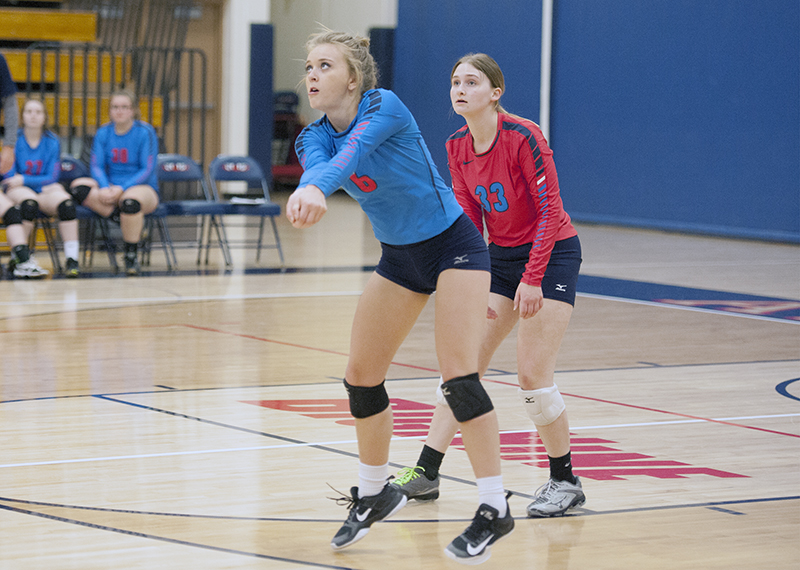 Albert Lea senior Kailey VanRiper returns a serve Monday night at home. VanRiper was all over the court making plays in the match, but it wasn’t enough as the Tigers fall to 0-7 on the season. – Tyler Julson/Albert Lea Tribune

The first set got off to a rough start for Albert Lea, with Winona jumping out to a quick 10-1 lead. Just when it seemed like Albert Lea was in for a long night, the team used a couple big blocks and great digs on a 9-5 run. However, the early mistakes would cost them, as the deficit was too much to overcome. Winona took the first set 25-11.

The Tigers came out in the second set looking like a completely different team. Senior Kailey VanRiper started the set at the service line, putting the Tigers into a quick 5-0 lead. Senior Kallie Holl was on fire in the back row, digging every hard-hit ball that came her way. Senior Courtney Harmdierks and junior Shayna Skaar were also pivotal in the winning set with their presence at the net. The Winhawks led a small comeback, but never made much of a threat to jump ahead, as the Tigers took the set 25-19. 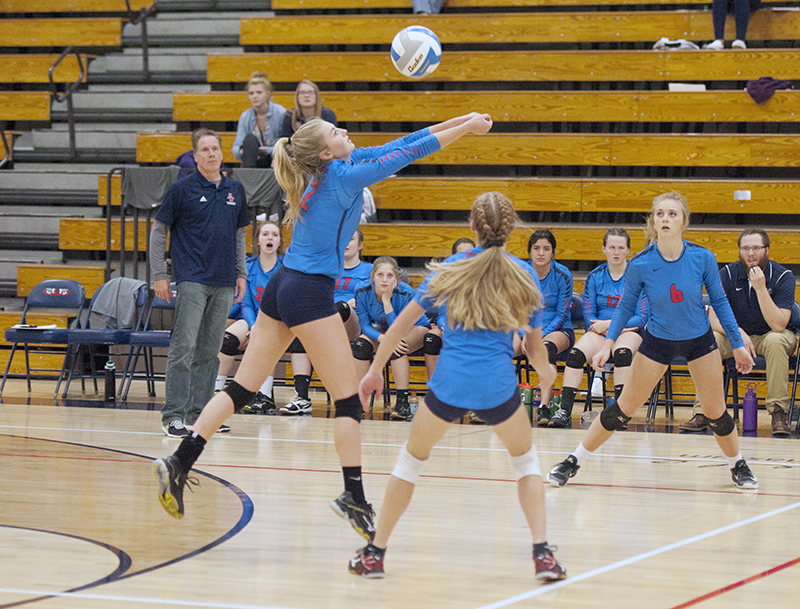 With the match tied at one set each, the Tigers came out to another hot start in the third set. This time it was sophomore Emily Bauer who led the charge from the service line. The Winhawks quickly took a timeout, just when the Tigers were starting to gain a bit of momentum and a 3-0 lead. The timeout proved to be effective, as the Winhawks quickly jumped back into the set, taking a 10-7 lead. The Tigers were their own worst enemy for much of the rest of the set, sending multiple kill attempts into the net. They would keep it close, but ultimately the Winhawks came away with the set, 25-17.

The fourth and final set was all Winhawks. They used powerful kills, finding open spots on the floor where the Tigers were not able to find a way to stop them. The Tigers had a short rally late in the set, but it wasn’t enough to climb out of the early hole.

The Tigers fall to 0-7 on the season and will play two more times this week as they travel to Northfield on Tuesday and then to Mankato East on Thursday. 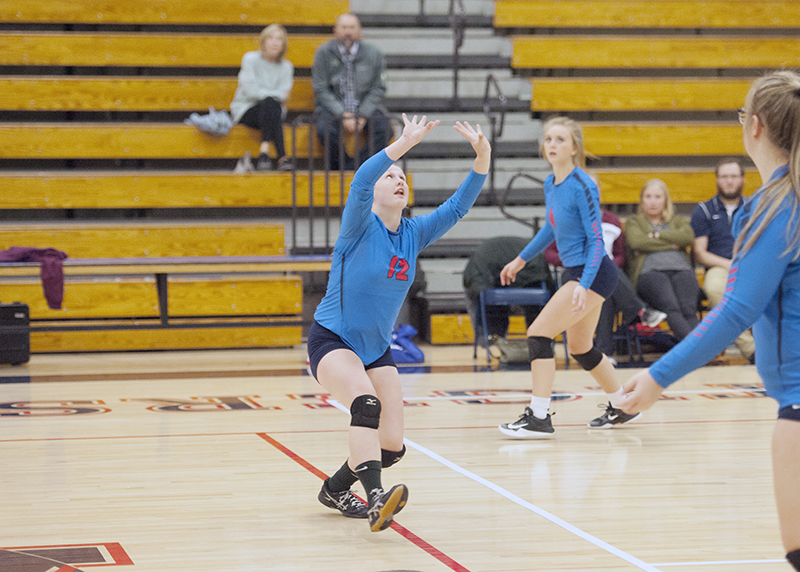