Tigers edge the Wingers in OT 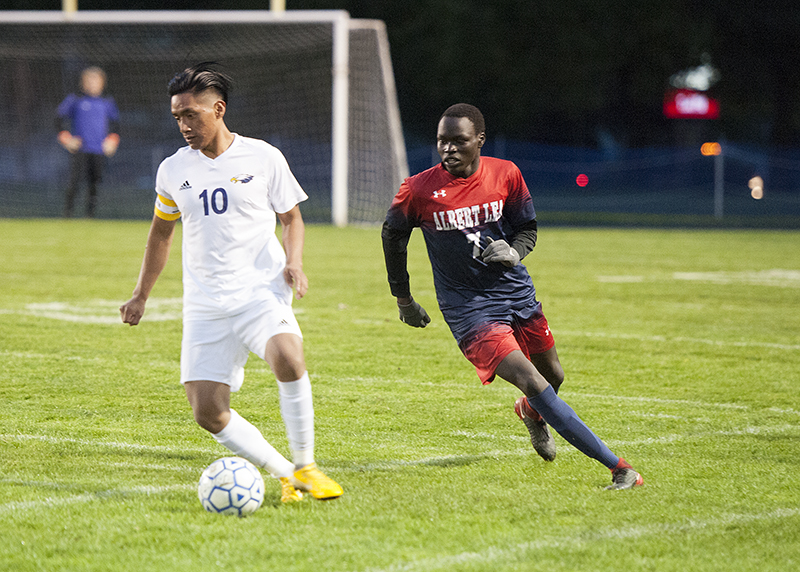 The Albert Lea boys’ soccer team came into its match against Red Wing on Tuesday night looking to get one step close to getting back to .500 before the start of the postseason.

Despite the match being scoreless for over 85 minutes of gameplay, the Tigers struck in the final overtime period to beat the Wingers, 1-0.

The first big play of the match came about 10 minutes into the first half, when senior goaltender Jayden Emerson stopped a Wingers shot from getting by. The rest of the first half was fairly uneventful, until junior Lei Htoo had one shot gathered in by the goalkeeper at the four-minute mark, and 30 seconds later had a shot miss just right. The Tigers had a golden opportunity slip by when a corner kick from junior Cole Indrelie found the head of Zach Slegh right in front of the net, but the shot sailed just over the crossbar.

Both the Tigers and the Wingers headed to the half scoreless. 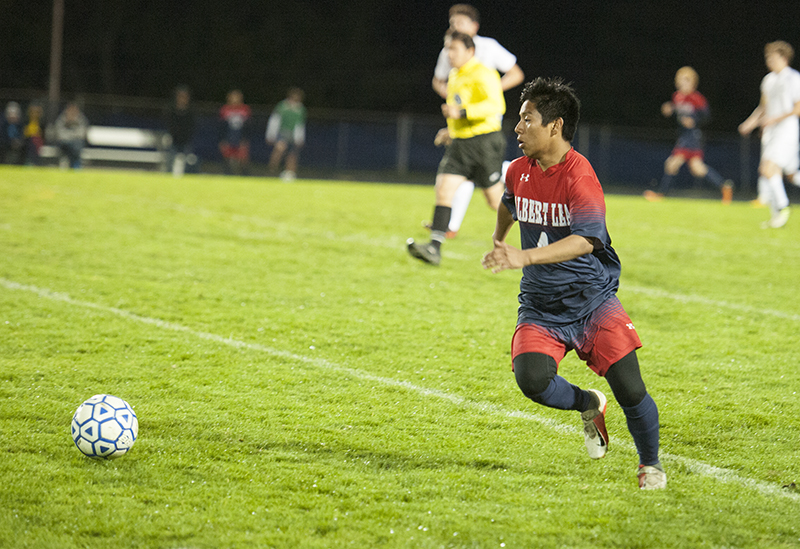 Albert Lea junior Livan Laines makes a run at the ball Tuesday night at home. With the win, the Tigers move to 6-7 on the season with one match remaining before sections. – Tyler Julson/Albert Lea Tribune

Right away in the second half, Htoo again would get a good shot at the goal, but was again deflected by the goaltender over the net. Albert Lea spent a good portion of the next 20 minutes playing on the defensive side of the pitch, with Emerson coming up with a couple big saves throughout.

With just 16 minutes left to play in regulation, Htoo had yet another shot blocked by the Wingers keeper, followed by another key stop from Emerson just 30 seconds later. Htoo gained another opportunity to make his impact on the game with a penalty kick with 11 minutes left, however, it was again stopped by the goalkeeper.

Just before the end of regulation, Red Wing had two shots that barely missed the mark and sailed over the top of the net, sending the game into two five-minute overtime periods.

The only real shot opportunity in the first period came with about 15 seconds remaining, when Indrelie kicked a deflected ball that missed the net high.

With both teams still tied at zero and just five minutes to capitalize, Htoo finally found his redemption with a goal 30 seconds into the period. The goal came after Indrelie sent a cross into the box and Htoo dove forward to head the ball into the back of the net. The Wingers took the ball deep into Albert Lea territory before the match was over, but weren’t able to get a good look at the goal.

The Tigers climb to 6-7 on the season, with just one game remaining until the start of sections. Their final regular season game is scheduled for Thursday at Rochester Mayo. 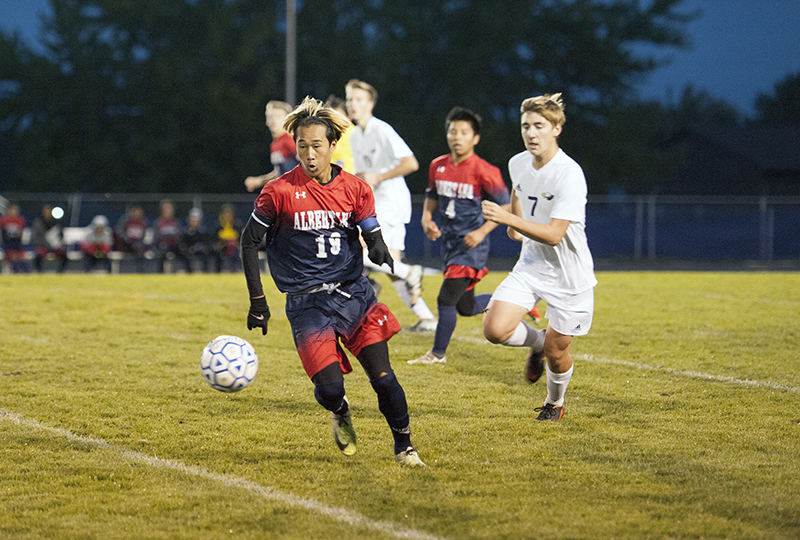 Albert Lea junior Lei Htoo runs to collect the ball Tuesday night against Red Wing. Htoo scored the only goal of the game in the last period of overtime to give the Tigers the 1-0 win. – Tyler Julson/Albert Lea Tribune