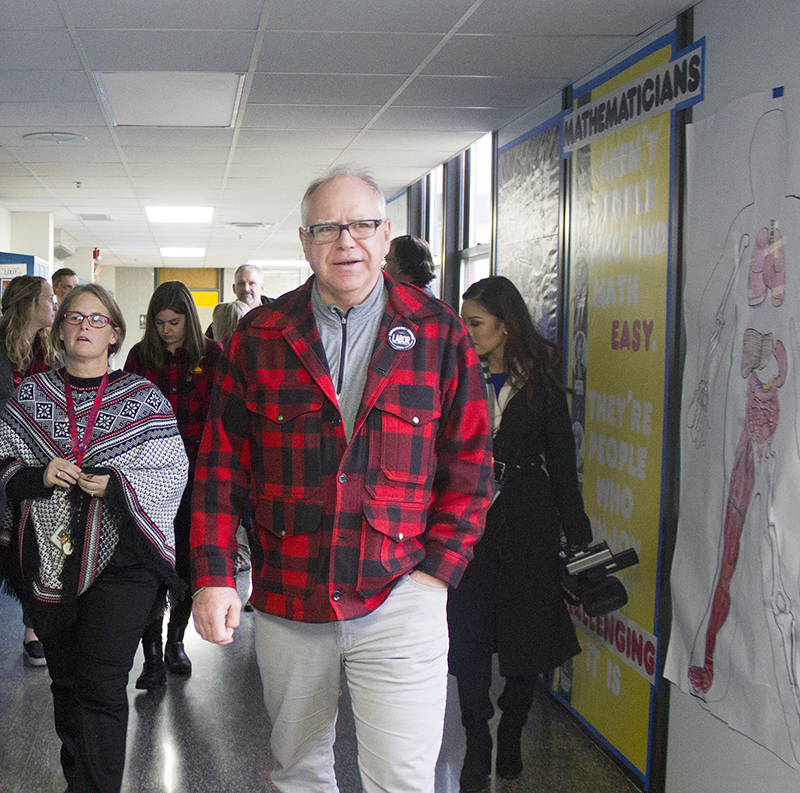 His visit came one day before he squares off against GOPer Jeff Johnson for Minnesota governor.

Walz said the visit showed his commitment to education, a profession he believes is critical to the state’s success.

Throughout his approximately hour-long visit, Walz called for more local control over education. He said Republican support for teachers unions is lacking, adding his qualifications include abilities to work with local education leaders and help institute education equity and quality funding formulas. 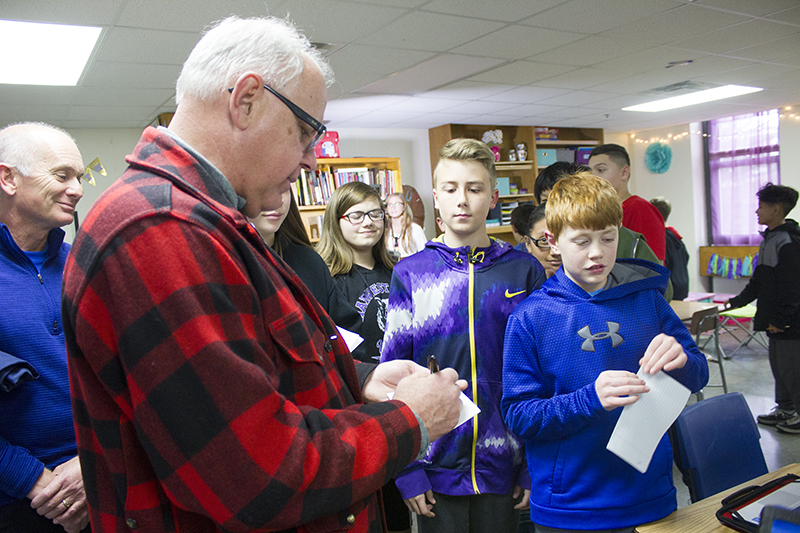 “There are many differences,” he said of the party contrasts in education views. “This one is pretty stark.”

Walz said he has never strayed far from local education as a 1st District congressman and discussed the role education plays in his campaign.

“We have made this case on this One Minnesota campaign that one of the predicating principles is that every child — black, white, brown, indigenous — gets a quality education, and I thought it was important to come back where that’s happening, a place with a great reputation,” he said. “And we just wanted to end our campaign kind of where we started it, in the classroom talking about kids.”

Walz then attended a rally to encourage voter participation with DFL District 27A candidate Terry Gjersvik in Albert Lea.

Following the tour, Albert Lea Area Schools Superintendent Mike Funk said it is a positive for the district when someone with a background in education runs for public office.