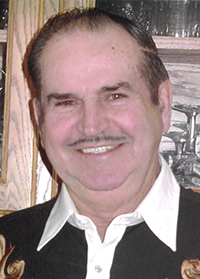 Marvin Francis was born June 3, 1933, in Mitchell County, Iowa, to Anton and Hazel (Hyland) Klouse. Marvin was baptized April 21, 1935, at Trinity Lutheran Church in Albert Lea and was confirmed May 30, 1948, at Six Mile Grove Church near Lyle. He attended schools in Rose Creek and Austin.

Marvin was united in marriage to Mavis Anderson on Feb. 8, 1953, in Albert Lea. He began his career working for Brandt Brothers Construction in Austin. He later was employed with Milwaukee Railroad, Jordan Builders in Austin and Lysne Construction in Blooming Prairie. In 1968, he began working for Hormel Foods in Austin. In 1974, Marvin started Klouse Concrete Construction and continued his work at Hormel until 1981.

Marvin farmed his entire life, and worked the farm and his concrete business until just recently.  Marvin enjoyed bird watching, and spending time with his grandchildren and watching all their activities. He was a longtime member of Six Mile Grove Lutheran Church.

He was preceded in death by his parents; brothers Richard and Clifford; sister, Delores Novak; mother-in-law and father-in-law Helmer and Lena Anderson; and brothers-in-laws, sisters-in-law and nieces and nephews.

Funeral services will be at 11 a.m. Friday at Six Mile Grove Lutheran Church. The Rev. Scott Meyer will officiate. Interment will be in Immanuel Evangelical Lutheran Cemetery in St. Ansgar, Iowa. Visitation will be from 4 to 7 p.m. Thursday at Worlein Funeral Home in Austin and will continue Friday morning for one hour prior to services at the church.