My Point of View: Some thoughts after a busy election season

My Point of View by Ebenezer Howe 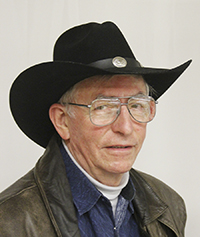 Well, the 2018 election cycle did not produce the outcome for which I was hoping, but I think the Republic is still standing — at least for now.

I like campaign signs, and I like putting them up; taking them down is harder when your team does not do as good as you had hoped. But after several months of the folks having to endure the sight of the signs and the negative advertising on TV, radio, print media and through direct mail, not to mention social media, if you partake in that, it is high time for those signs to come down, like right quick. I saved the ones in my yard for last. They came down Friday afternoon. Now, I know there are still some out there, but I don’t believe that I am the instigator of their installation. Should you have a campaign sign or know of one or some that should be removed please give me a call at 874-3442, and I will look into addressing the removal of the pesky signs. My wife, I or the answering machine, will take calls 24/7.

When driving from sign location to sign location, I listened to MPR radio except during the time frame when that guy with “Talent on loan from God” was on the air. I think there were about half again as many ideas of what the results meant as people interviewed, or quoted, in the days following the election. These two sources were not quite on the same wave length in their thoughts on the election’s outcome. My take from the get-go was that, statewide, the Democrats got more votes than the Republicans, and Republicans did a bit better in Congressional District 1 and locally. What I think I saw was that some of the Trump supporters from 2016 did not show up in 2018 since Don himself was not on the ballot. Possibly they don’t have the understanding yet that politics is a process, not a single event.

During the last few weeks leading up to the election when the negative ads were showing up in the mail and on the media outlets, my wife was saying these people don’t realize that the bad guys are getting name recognition. Since I normally don’t even bother with looking at the political ads, I did check out one of the negative ads, and I think my wife was correct. On the two-sided one page, on pricey paper, ad that I looked at, the bad guy was mentioned three times for every one time for the good guy. Taxpayers spend millions upon millions of dollars on colleges and universities for them to teach in the political science programs that negative campaigning works. And maybe it does, but I can’t see it working well. Nor do I see teaching that negative campaigning works, has been a good investment of our taxes.

As long as I was not busy enough already, I had the opportunity to serve as an election judge because the township clerk was on the ballot running for re-election (which he won handily in a landslide, 152 to 1). One of the first things corroborated when you check in at the auditor’s office following the election is that there are the same number of ballots returned as there were ballots delivered to the precinct, and that for every voted ballot in the ballot box there is a signature on the roster. What in the world is going on in other states? In Arizona, there’s still 300,000 ballots to count almost a week later? In Florida, boxes of uncounted ballots showing up in schools days after the election? Certainly no cause for alarm here! For all the areas I think Minnesota may be vulnerable to fraud, we are “iron clad” compared to these other states!

Now back to the election results. My feeling is that Minnesota Republicans have an educating problem; educating ourselves internally and educating the voters.