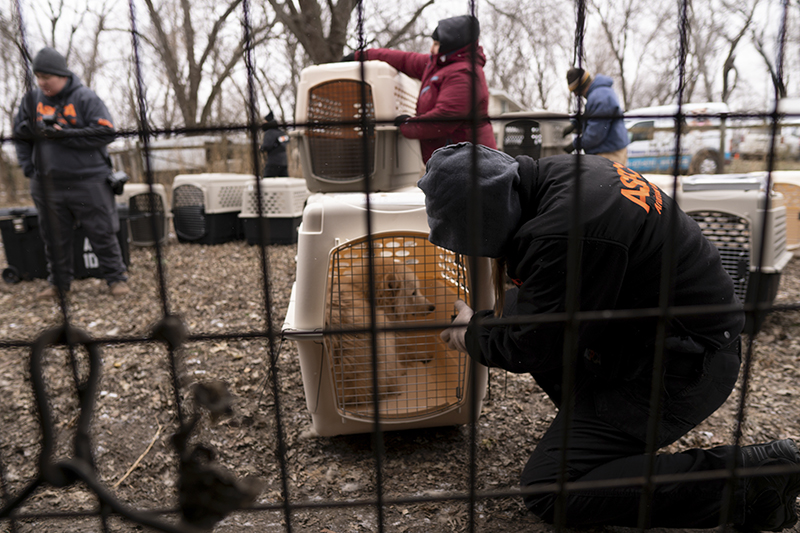 Authorities seized early 170 neglected dogs from a Worth County breeding farm Monday, according to the American Society for the Prevention of Cruelty to Animals.

According to the release, the dogs were “living in appalling and overcrowded conditions and exhibiting signs of neglect with no access to clean water.”

ASPCA is assisting with evidence collecting and sheltering the dogs who were living in “an inhumane commercial breeding facility — often referred to as a puppy mill — in Worth County, near the north-central border of Iowa and Minnesota,” the release states. 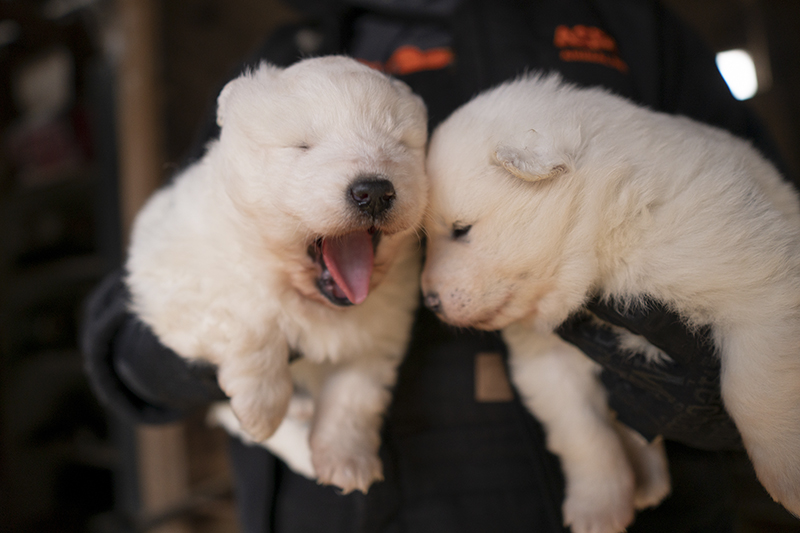 One of the puppies seized from the operation in Worth County yawns Monday. – Photo courtesy ASPCA

“Many of the dogs were found in filthy, dilapidated kennels in below-freezing temperatures with minimal protection from the elements,” the release states. “There is debris scattered throughout the property as responders work to safely remove fearful and undersocialized dogs. A few cats were also found inside the residence exhibiting signs of neglect.”

The exact location of the breeding farm and the name of the breeder have not been released. Charges are expected to be brought forth pending the results of an investigation, according to the release.

The investigation allegedly began by the Worth County Sheriff’s Office several months ago when local animal welfare groups became aware of the breeder’s inability to properly care for her animals and alerted local authorities to investigate.

Worth County Sheriff Dan Fank said in the release the Sheriff’s Office has “tried to work with the individual in addressing the growing concerns about the welfare of her animals over the past several months and unfortunately met resistance.” 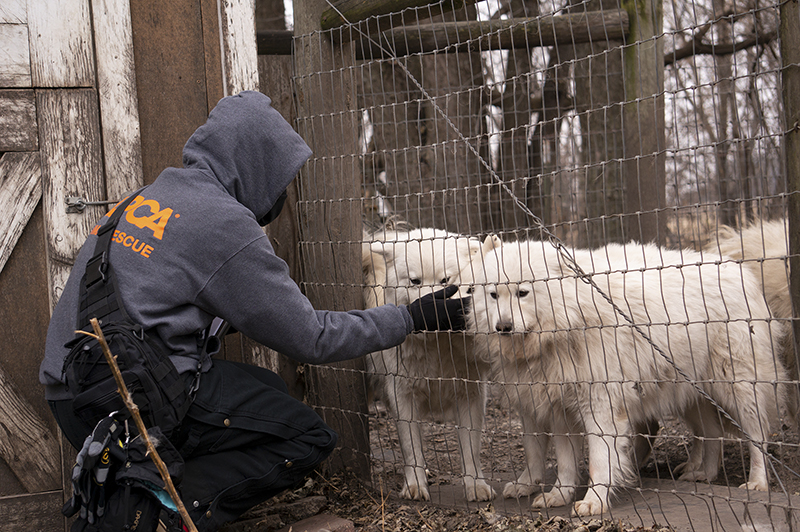 An ASPCA worker reaches through a fence Monday to dogs at a Worth County operation that were ultimately seized. – Photo courtesy ASPCA

“This is a large-scale breeding operation involving many animals, and we asked the ASPCA and their affiliates for assistance in removing them from the property and ensuring that they get much-needed care and treatment as we continue our investigation,” he said.

The ASPCA’s legal advocacy department is expected to assist in the investigation.

The breeder was previously licensed through the United States Department of Agriculture despite failing to provide animals adequate veterinary care, food, clean water and shelter, according to the ASPCA.

The ASPCA is transporting the animals from the property to a temporary shelter where they will receive ongoing daily care until a court determines their custody, according to the release. Once medical exams are conducted, the ASPCA Anti-Cruelty Behavior Team will evaluate each dog at the temporary shelter. 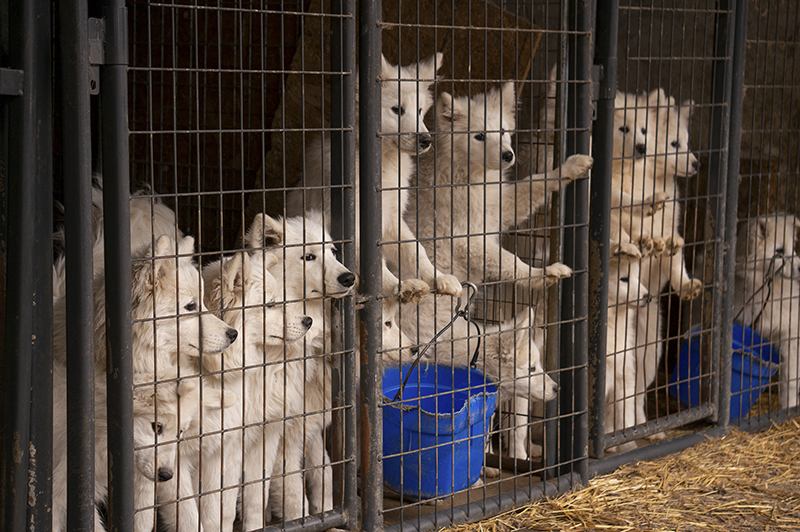 All of the dogs removed were Samoyeds and were reportedly found living in “appalling and overcrowded conditions,” according to the ASPCA. – Photo courtesy ASPCA

“We were able to support the case by providing expertise and resources to remove these dogs from this heartbreaking situation,” he said. 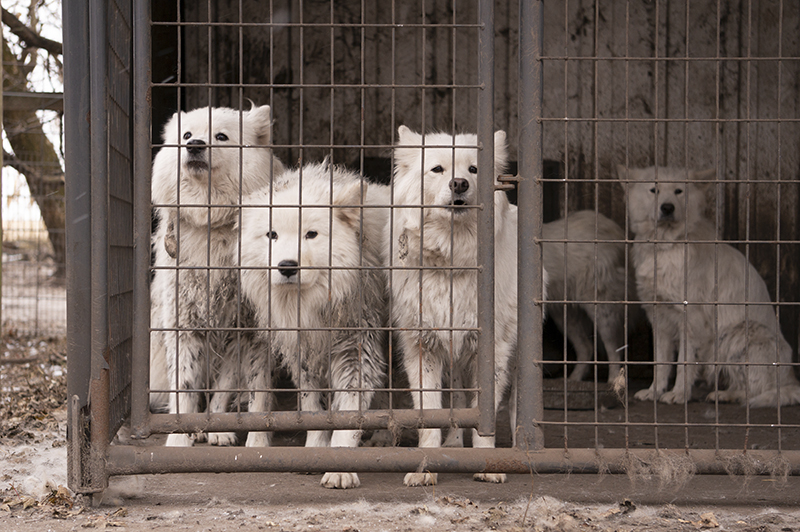 One hundred seventy Samoyeds were seized from a property in Worth County on Monday. – Photo courtesy ASPCA