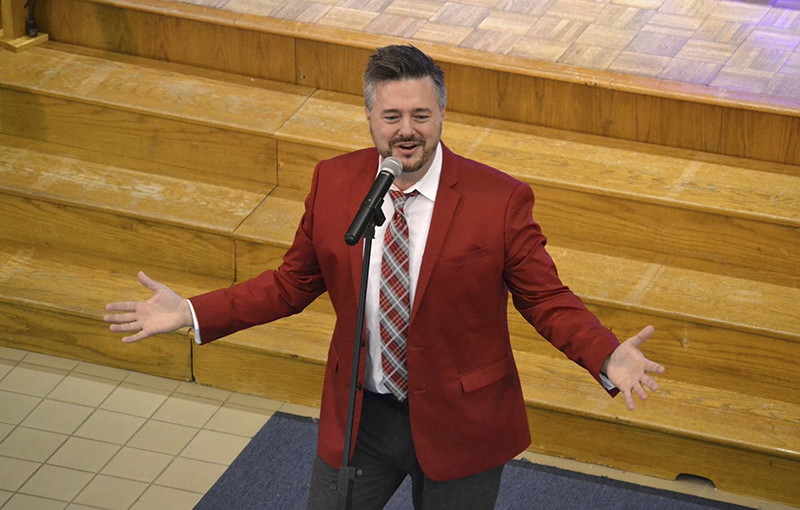 Mark Smeby performs at a concert. He said his performances are intended to be interactive and the Christmas show includes a mix of secular, traditional and original music. - Provided

With Thanksgiving over, a locally born performer is looking ahead: It’s Christmas time.

Mark Smeby, a Minneapolis-based musician recently returned to the state from Nashville, comes to Albert Lea Saturday as one stop on his “The Hope of Christmas” tour. 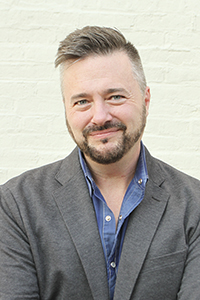 “I love Christmas so much, and this tour is such a big tour for me every year,” Smeby said.

While Nashville shaped him as an artist and musician, Smeby said his heart has been in Minnesota.

“I always knew that I wanted to come back to Minnesota,” Smeby said. “… This is really my coming home tour.”

With keyboard, vocals and personal stories in tow, Smeby said he intends to bring an interactive show to Marion Ross Performing Arts Center. His show will include a video projection with lyrics so people can sing along, and volunteers may join him on stage to help out.

“I’m not going to be somebody that just sits up on a stool and sings a bunch of songs,” he said.

The show will include both religious and secular songs, as well as some of Smeby’s originals.

The performance is also an opportunity for Smeby to play music from his third Christmas album, “JOY!” — a record he self-describes as the lovechild of Willy Wonka and Mannheim Steamroller. It’s a departure from the style of his previous two albums.

“Since it’s my third one, I was like, ‘Let me do something really different,’” he said.

“Really different” for Smeby meant synthesizers — as a nod to his love for 80s music — and drama that might surprise listeners: think “Deck the Halls” with a different style for every verse, from a Queen concert to a German pub.

The album also includes a remake of “Emmanuel (You are With Me),” which he released 10 years ago and featured in the Christmas film “The Perfect Gift.” The song is intended as an acknowledgement of Christmas as a difficult time of year for those struggling with loss and sadness.

“For me, it’s going to be the highlight of the show,” Smeby said. “It’s just an amazingly powerful song for me that sums up the hope of Christmas.”

Smeby was born in Albert Lea but immediately moved to the Twin Cities, then to Florida in seventh grade. He spent high school and college in Nebraska, then returned to Minneapolis for three years. He said he tried there to get “a real job,” but couldn’t.

He decided to pursue music seriously.

“And if I wanted to pursue Christian music, I knew I wanted to be in Nashville,” he said.

Smeby was involved in radio broadcasting, acting, singing and writing. He didn’t get the red-carpet treatment he hoped for moving there, but Smeby said after a conversation with God, he knew getting there was up to him — with God’s help all the way. He began recording albums eight years ago, and has released an album every year since.

“Every once in a while I’d drive through and keep my eyes on that Marion Ross Performing Arts Center,” he said. “… I’m so excited to be coming back to the place of my birth,” Smeby said. “I never would have imagined that I’d have this opportunity.”