Tigers fall to the Redhawks 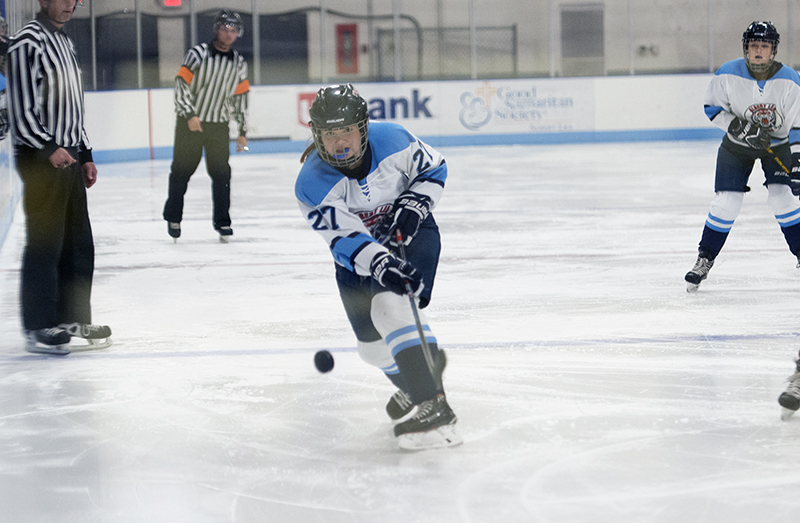 Albert Lea sophomore Ally Rasmussen slaps the puck into Minnehaha United territory Saturday afternoon. The Tigers fell to the Redhawks 2-0 to fall to 1-2-1 on the season. - Tyler Julson/Albert Lea Tribune

After a roller coaster start to the season, the Albert Lea girls’ hockey team hosted Minnehaha United on Saturday afternoon hoping for its second win of the year.

Despite a strong defensive showing for a majority of the game and a solid performance from sophomore goalie Maddie Schneider, the Tigers fell to the Redhawks 2-0.

The Redhawks scored their first goal of the game midway through the first period. Shortly after the goal, junior Laynee Behrends was called for a penalty, giving the Redhawks a power play. However, the Tigers defense held strong — not allowing any goals. 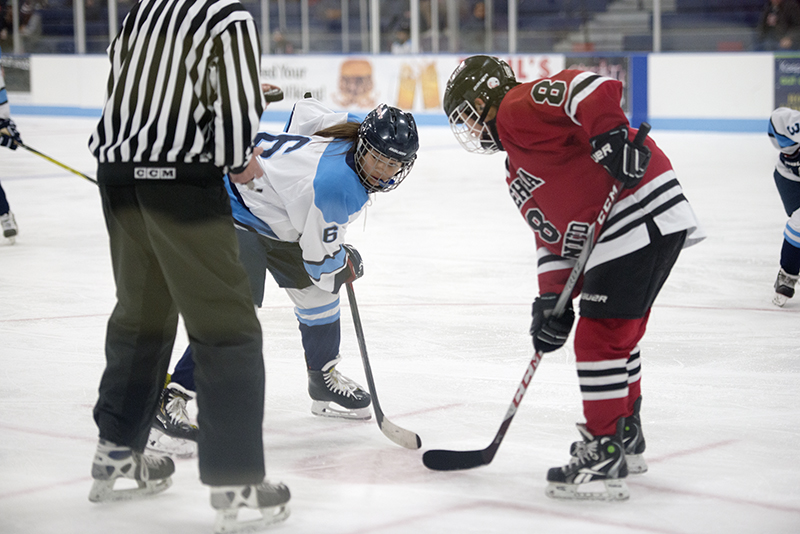 The Tigers managed to get another power play opportunity in the opening minutes of the second period, but were again unable to find the back of the net. Midway through the period Albert Lea committed back-to-back penalties, putting Minnehaha United in a 5-3 situation. Albert Lea’s stingy defense again gave up zero goals, despite being heavily outnumbered.

Junior Mia Fjelsta and freshman Lucy Stay each had a nice shot at the goal late in the second, but both missed their mark, ending the second period at 1-0.

The early part of the third period was uneventful for both teams. Schneider came up big midway through the period saving multiple shot attempts during a Redhawks power play. Sophomore Ally Rasmussen nearly had a shot go in to tie the game, but it was wide of the mark.

The Redhawks added another goal with just under five minutes left in the game to take a comfortable 2-0 lead. The Tigers would make it interesting in the final two minutes, finding themselves in a 5-3 situation and pulling the goalie to essentially make it six on three. However, the Redhawk’s defense held strong to secure the two-goal victory.

The Tigers fall to 1-2-1 on the season and will be back in action Tuesday when they travel to Northfield to take on the Raiders. 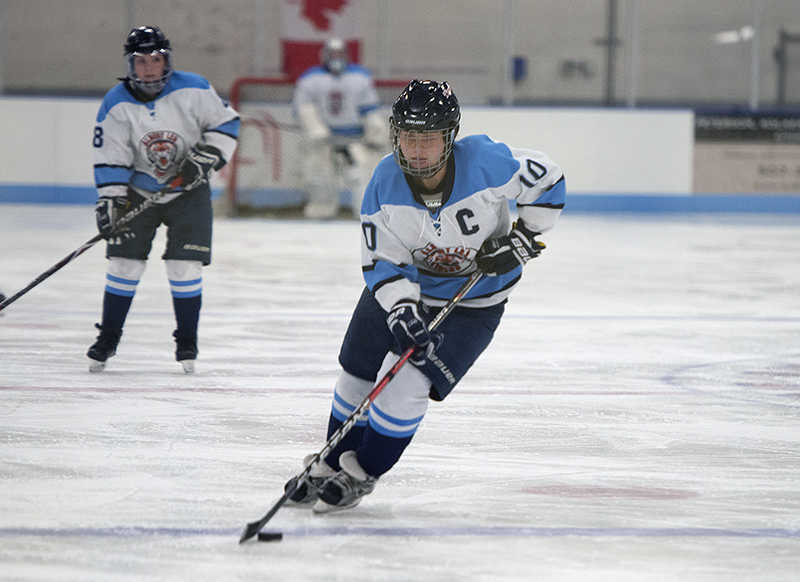