Trying to understand ‘a complicated grief’ 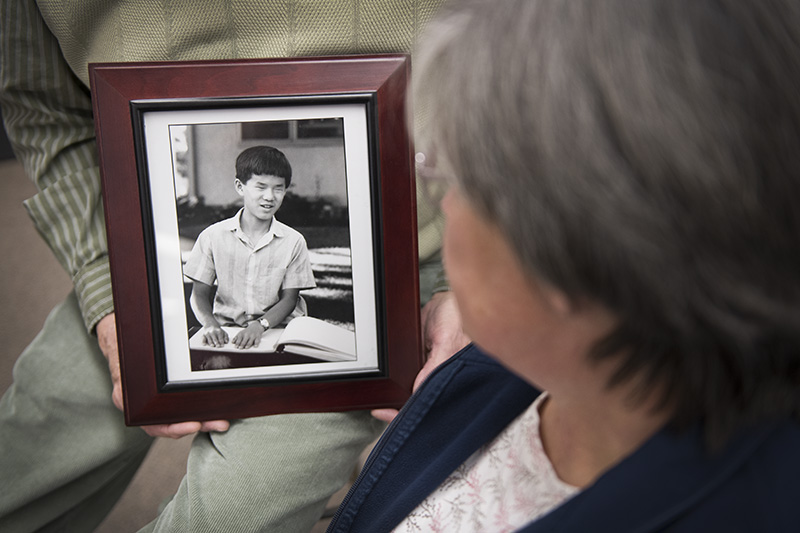 Jodi Bromeland looks at a picture of her son, Danny, that her husband, John, is holding. The Bromelands lost Danny to suicide 26 years ago. - Colleen Harrison/Albert Lea Tribune

Survivors of suicide loss to gather at annual event

Of all the groups she has been a part of, Jodi Bromeland did not join this one willingly.

“It’s like a club nobody wants to be a member of,” she said.

That “club” is the number of people who have lost a loved one to suicide. For Jodi and John Bromeland, that loved one was a son — Danny Bromeland — whom they lost 26 years ago.

The Bromelands attended the first International Survivors of Suicide Loss Day event at Bonnerup Funeral & Cremation Services. Saturday will be the fifth year for the event.

And for survivors of suicide loss, it’s a distinct grief to walk through.

“It’s a complicated grief, because you don’t have any answers and you don’t understand why,” John Bromeland said.

“People in that group wanted to have a group,” Jodi Bromeland said.

The Bromelands were asked to lead a similar group when they lived in Rochester. 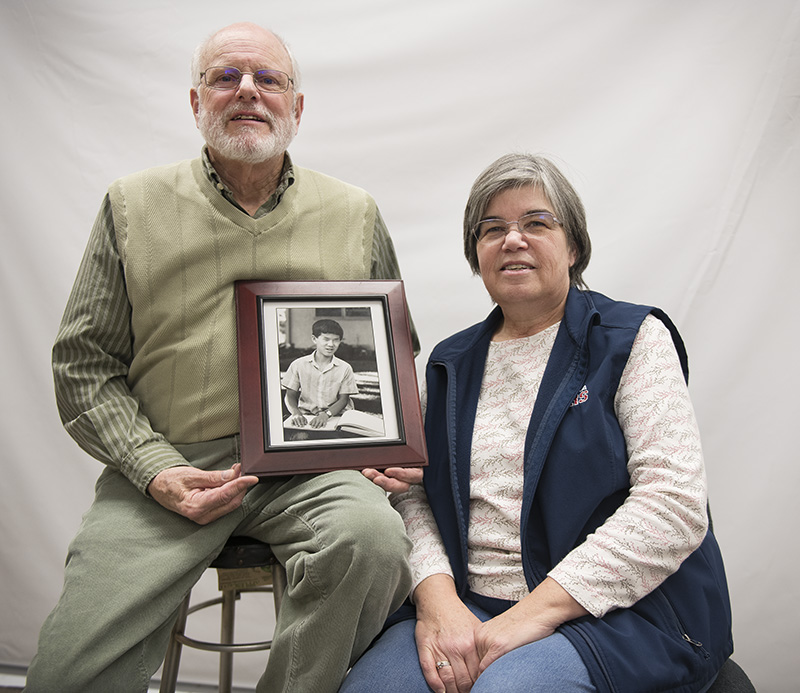 “You want to do something to somehow feel like something good can come out of this tragedy,” John Bromeland said.

Danny Bromeland was blind, so for some of his schooling he attended the Minnesota State Academy for the Blind in Faribault. One of John Bromeland’s favorite memories of his son was seeing him flying around the track — “just to watch him running with his hair blowing,” he said.

Their son also had a good sense of humor and, on at least one occasion, an appreciation for powdered sugar donuts.

“He swore ‘No, I didn’t’ — but there was powdered sugar all over his face,” Jodi Bromeland said.

They would cross-country ski together, one parent in front and one behind. He was loved, John Bromeland said.

“(His death) was a really painful thing for so many people … but he added much to our family for the years he was with us,” John Bromeland said.

Survivors of Suicide Loss of Southern Minnesota met monthly for several years. Those who experience loss of a loved one by suicide are not alone, John Bromeland said. There is a place for them.

The group took a summer hiatus as the Bromelands attended to some family needs. John Bromeland said they may start up again if the couple gauges an interest for it to return.

It’s cathartic to share these stories with people who understand, Jodi Bromeland said.

For Popp-Anderson, this is the purpose of Saturday’s event.

It doesn’t make the pain go away, “but it’s healing in some way — very healing,” Popp-Anderson said.

The event is intended as a safe and specific space, Popp-Anderson said.

“You don’t get over (grief),” she said. “You integrate it into your life.”

The International Survivors of Suicide Loss Day event is from 1 to 5 p.m. Saturday at Bonnerup. Those with questions about the event can contact Popp-Anderson at 507-373-2481.

For some resources on dealing with suicide loss, visit survivorday.org.