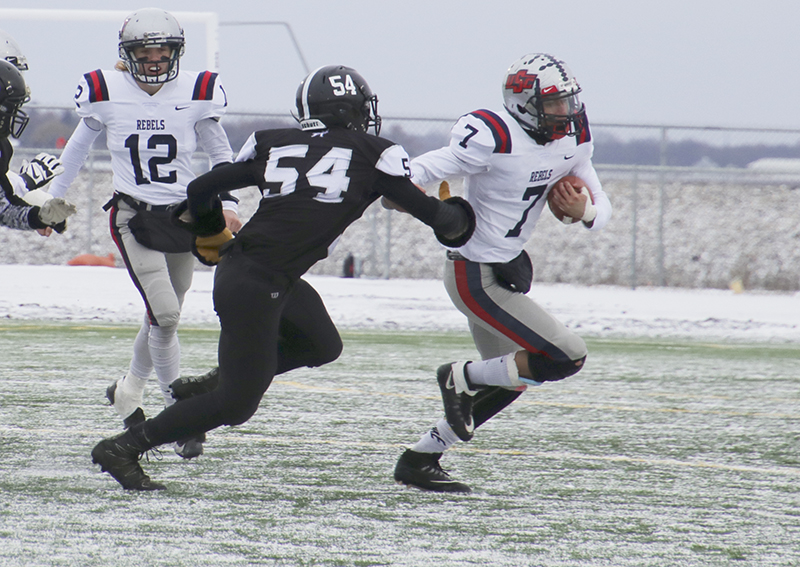 United South Central senior Derek Christenson breaks to the outside Saturday against Blooming Prairie. The Rebels offense was held to 143 yards of offense compared to the Awesome Blossoms' 400. - Photo courtesy Courier Sentinel

The United South Central football team had its perfect season come to a close Saturday afternoon in the Class A quarterfinals against Blooming Prairie.

Despite holding the potent Awesome Blossoms offense scoreless throughout the first quarter, the Rebels couldn’t stave off a big run in the second quarter, losing 41-0.

The Rebels struggled to get their offense rolling in the first quarter, only gaining 18 yards on their first three drives of the game. Even though their offense was slow, the Rebels defense kept them in the game by forcing two punts and one turnover on downs to keep the game scoreless.

The Awesome Blossoms didn’t stay down for long, however, taking their first offensive play of the second quarter for an 80-yard touchdown. The Rebels offense again had a rough offensive quarter, only adding four yards to their total in four drives. 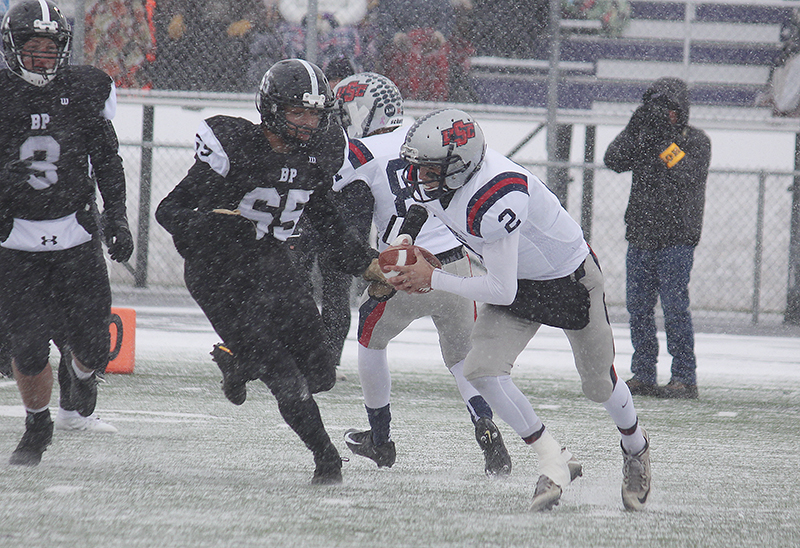 Blooming Prairie added another two touchdowns before the halftime break to take a 21-0 lead into the locker rooms.

The Rebels started the second half with a promising drive, only to see it end with an interception. The turnover gave the ball back to the Awesome Blossoms in good field position, where they scored in just a few short plays to take a commanding 28-0 lead.

United South Central would have another long drive end with a turnover to start the fourth quarter, and allowed Blooming Prairie to add on and take an insurmountable lead late in the game.

The normally high-powered running attack from the Rebels was limited to just 56 yards through the game, compared to 212 yards by the Awesome Blossoms.

The Rebels finish the season with a record of 10-1 and will lose eight seniors to graduation, including Roel Perales, Santiago Mendoza, Derek Christensen, Gavin Sonnek, George Bias, Jacob Stevermer, Colby Klocek and Jeffrey Giese. However, many offensive weapons will return, such as Isaac Meyer, Zach Niebuhr and A.J. Kloos.