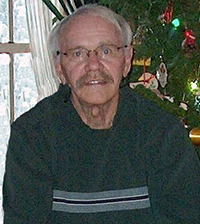 Warren was born March 23, 1946, in Albert Lea to Orville and Mildred (Passer) Meyer. He was the middle child of five sons. Warren grew up on a farm west of Albert Lea. He graduated from Kiester High School in 1964 and Luther College in Decorah, Iowa, in 1968. He was valedictorian of both his high school and college graduating classes. He then acquired his certified public accountant certification.

He served in the United States Marine Corps and was honorably discharged in 1975 after serving two years of active duty and four years of reserve duty. He worked as a certified public accountant for Arthur Anderson Accounting Firm in Chicago for seven years, and then became director of International Division of Georgia Pacific Corporation, where he worked until his retirement in 2006. His position with GP afforded him the opportunity to live and work in many locations all over the world. After his retirement he joined his wife, Eileen Rossow, in owning and operating a thriving bed and breakfast, Peregrine Pointe, in the Black Hills of South Dakota.

Warren’s three most favorite things in life were his pets, reading and his John Deere tractor.

Warren was preceded in death by his father, Orville Meyer; and his brother, Darryl Meyer.

He is survived by his wife, Eileen Rossow; his mother, Mildred Meyer, of Stewartville; his brothers Lowell (Sharon) Meyer of Wisconsin Rapids, Wisconsin, Blaine (Deb) Meyer of Folsom, California, and Gerri (Jeanne) Meyer of Albert Lea; sister-in-law, Rosemarie (Darryl) Meyer, of San Antonio, Florida; and many nieces, nephews, grand-nieces, grand-nephews and one great-grand-niece.

Inurnment will take place at a later date in Sioux Falls, South Dakota.

Memorials may be directed to Rapid City Hospice House, Black Hills Playhouse and the Humane Society of the Black Hills.