A Geneva woman who allegedly crashed into a pedestrian while driving drunk Sunday in Ellendale was charged with a felony Monday in Steele County District Court. 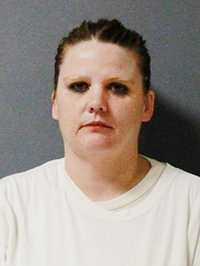 Court documents state Wilkie was charged after a Steele County Sheriff’s Office deputy responded to a report of a vehicle that had hit a pedestrian at 1:20 a.m. Sunday in Ellendale.

Brooke Elise Spurgeon, 37, was described as laying on her back at the intersection of Fifth Street and West Eighth Avenue, with a family member providing cervical spine stabilization.

Wilkie was identified as standing near the vehicle parked approximately 2 feet from Spurgeon’s left side.

Spurgeon, who required the use of a wheelchair due to a pre-existing condition, was taken by Ellendale ambulance to the emergency room at Owatonna Hospital. She was later expected to be taken to Mayo Clinic Hospital-St. Marys csampus due to two broken femurs.

Wilkie allegedly admitted striking Spurgeon, adding she did not see her and hit her with the front left side of the vehicle. Court documents state Wilkie said she had consumed two plastic cups of Captain Morgan rum and Coca-Cola.

Court documents state Spurgeon said she was traveling south on Fifth Street and pressed her brake before her driveway. She said she could not remember “anything until she was laying on the ground.”

Court records show Wilkie was convicted of DWI in February 2012.

Judge Ross Leuning released Wilkie on her own recognizance Monday, contingent on her submitting to random testing, remaining law-abiding, not entering bars or liquor stores and following other court requirements.