‘You are making a difference in somebody’s life’ 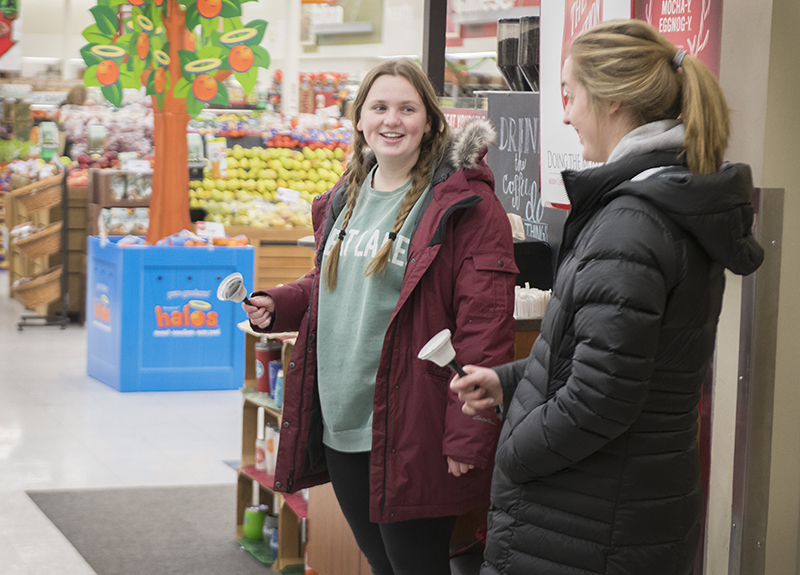 The Albert Lea Salvation Army hopes to raise $193,000 this year during its Christmas campaign.

“Every day I have open spots,” Pelayo said. “It’s very rare when I have the whole thing ready.”

As of Friday morning, approximately $6,480 had been raised so far in the kettle campaign and $5,797 in mail-in appeals.

“This year we started better than last year,” she said.

“It’s way smaller than last year’s. Hopefully this year we will meet our goal.”

Pelayo said the donations help the organization pay a case worker and cook, and help the community in other ways.

“We need other stuff, and we want to be as faithful as possible with everybody,” she said. “They give us money to buy food. We want to buy food with the money, so sometimes we need extra money that we can use in wherever we need.” 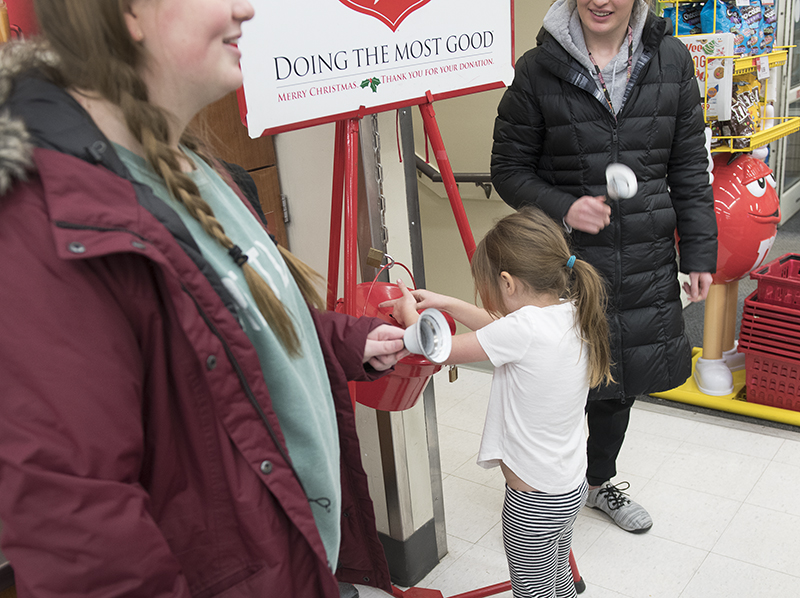 A child drops a donation in the kettle Friday for the Salvation Army. – Colleen Harrison/Albert Lea Tribune

“It doesn’t go to other places, and we are faithful in taking the donations for what people ask us to,” she said. “If they want a donation for certain, specific thing, we use it for that thing.”

On Wednesday, Austin’s and Albert Lea’s Salvation Army will compete to see which can gather more $5 bills. On Dec. 15, every dollar placed in kettles will be matched up to $20,000.

Anyone interested in bell-ringing can register online or by calling 507-373-8776.

In saying why people should donate to the Salvation Army, Pelayo discussed her motivation.

“For me, as a Christian person, as a God believer, maybe I don’t have the money to donate, but I can donate my time,” she said. “To me, it is something very personal that I just choose to do, and I think it has to be something personal for people.”

Bell-ringer Patti Johnson said Friday she was motivated to volunteer after she a man told her while shopping that he has spent $25 to buy food for children since the recent passing of his wife.

“It makes me feel good about myself.”

Johnson said people should donate because of the difference doing so makes.

“It’s a good feeling because you are making a difference in somebody’s life,” she said. 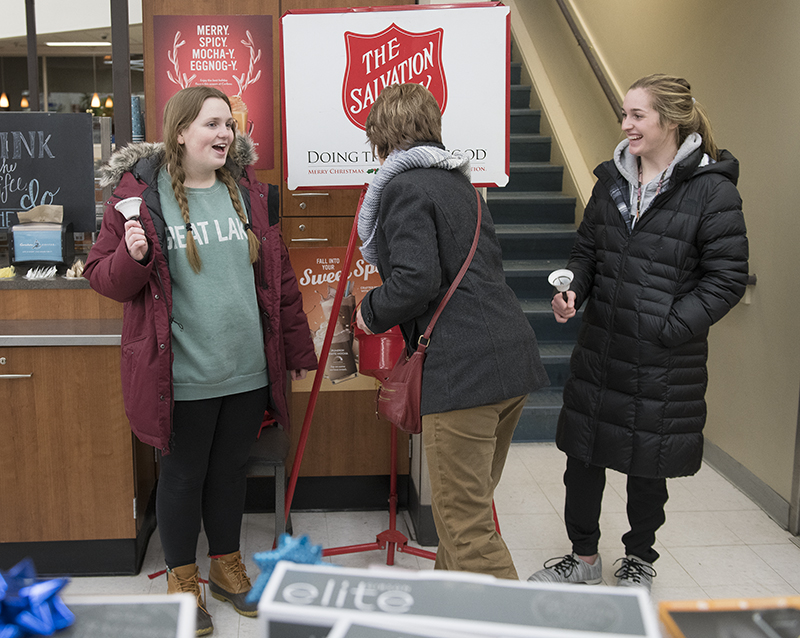