Businesses partner to feed families in need over the holiday break 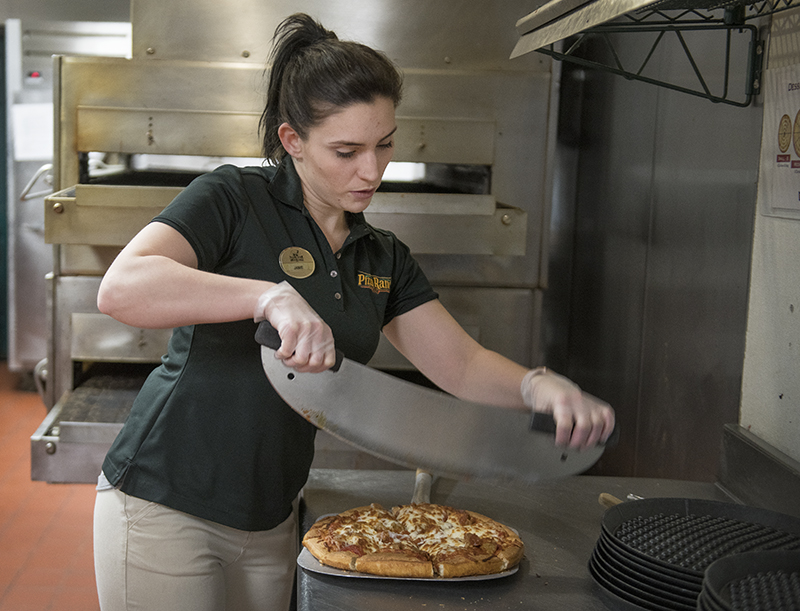 Twelve local families will receive consistent meals this holiday season thanks to a partnership between Albert Lea Pizza Ranch and Security Bank Minnesota.

Selected families for the 12 Days of Pizza initiative will receive coupons for one free large pizza or an eight-piece chicken order for 12 days. This is the first time the donations will take place in Albert Lea.

The Rev. George Marin of Grace Christian Church has selected the families with school-aged children after working with local entities. The families will receive gift certificates Dec. 20. They will have until Jan. 15 to use them.

Pizza Ranch and Security State Bank are splitting project costs by a 50-50 ratio.

Pizza Ranch and Security Bank Minnesota will not be aware of which families are chosen.

According to a press release, the project was the brainchild of Sean Covel, producer of the movie “Napoleon Dynamite” and South Dakota native.

According to the release, Covel’s friend, a second-grade teacher, said some students were depending on programs that provide free and reduced meals throughout the school year and weekends. A supplemental program was considered needed when schools close for the holiday break, leaving some students without reliable meals. 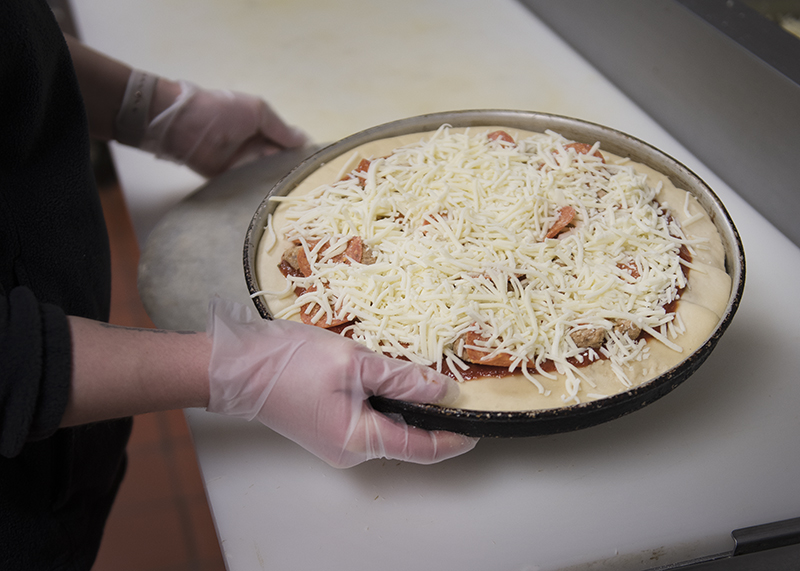 Harty readies a pizza for the oven Thursday at Pizza Ranch. The restaurant is partnering with Security Bank Minnesota to provide food for families in need over the holiday break. – Colleen Harrison/Albert Lea Tribune

“It made such a huge impact on the lives of our families by providing meals during the Christmas break when school meals were not available,” said Ginger Johnson, a social worker at Sturgis Elementary School in South Dakota, in the release. “The families were so grateful and said the program greatly reduced the stress they felt about not having enough food for their children.”

Covel created the program in 2015 with the help of Black Hills Community Bank and Pizza Ranch in Rapid City, South Dakota, the release states. The project was considered a success and expanded to four cities in its second year, assisting 48 families.

Twelve Days of Pizza has since expanded again and is expected to provide more than 13,700 meals to nearly 1,150 families this year across the Midwest. Seventy-eight Pizza Ranch locations are partnering with respective local businesses.

“We are proud of our franchisees and the local businesses in our communities for expanding this great, grassroots effort again in 2018,” said Pizza Ranch Chief Vision Officer Perry Krosschell in the release.

LaRue, who said he supported the program, said it is needed due to business closings within the last year in the community.

“We’re definitely doing this just to help our community, because our community needs it,” he said. “I think this year it needs it more than most years.

“This town could use a little charity. We just do what we can do to help.”

Marin spoke highly of the program.

Marin recalled LaRue discussing the idea for the program with him earlier this year, adding collaboration took place with entities that serve families with school-aged children well.

“This will go to brighten their holiday season,” he said of the effect the program will have on its recipients.

“It is testament to good, caring people in our community.”