Memorial services for Dwane “Pete” Peterson will be at 11 a.m. Monday at Grace Lutheran Church in Albert Lea. The Rev. Shane Koepke will officiate. Visitation will be one hour prior to the service. Burial will follow at Minnesota State Veterans Cemetery in Preston. Local honors will be performed by the Albert Lea area veterans organizations. 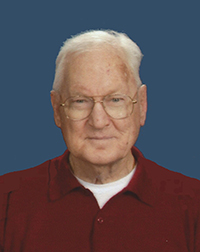 During his two careers with the government, he found time to marry the love of his life, Mary Jane Illsley, of Jeffers. The two were married June 24, 1962. The couple had four children: Susan, Christina, Matthew and Michael.

During his distinguished time with the U.S. Army and NSA, Dwane and his family lived overseas for almost 40 years. In that time Dwane also was a war veteran, having served in the Vietnam War from July 1970 to July 1971.

After his retirement from the NSA, Dwane and Mary lived in Florida for seven years, then moved to Albert Lea to be closer to family and friends.

Dwane is survived by his wife of 54 years, Mary; his four children, Sue Yost and her husband, Steve, of Emmons, Tina Sedlmeyr and her husband, Stefan, of Munich, Germany, Matt of Rochester and Mike of Huntington, West Virginia; and three grandchildren, Bryan Yost and his wife, Madison, of Elk Point, South Dakota, Sam (Yost) Noble and her husband, Spence, of Dodge Center and Amber Peterson of Huntington. Dwane had the joy of welcoming a great-grandson, Rhys Peter Noble, into the world in June 2018. He is also survived by two nephews, Richard Diaz of Albert Lea and Jeffery Diaz of Galveston, Indiana, and niece, Kathy Diaz, of Albert Lea.

In lieu of flowers, memorials are preferred to Heifer International in memory of Dwane Ellsworth Peterson.