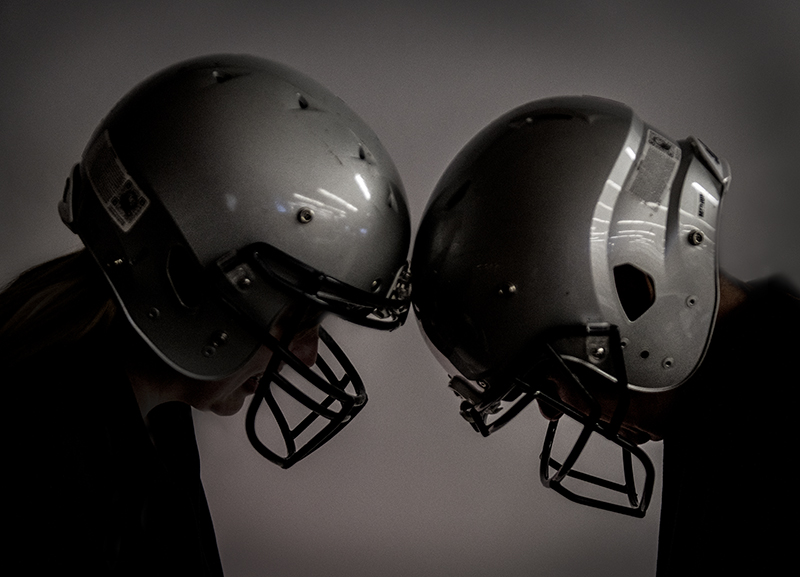 Now more than ever, head-related injuries — especially concussions — have come into the spotlight of the sporting world. - Photo illustration by Colleen Harrison/Albert Lea Tribune

Spotlight on concussions in student athletes

Editor’s note: This is the first of a three-part series about concussions.

Now more than ever, head-related injuries — especially concussions — have come into the spotlight of the sporting world.

High-contact sports, such as football and hockey, have taken many measures to ensure the players’ safety while still protecting the integrity of the game itself.

Problems in professional leagues like the National Football League and National Hockey League have been thrust into the public eye recently, with players claiming the leagues withheld knowledge of the lasting effects repeated hits to the head can have.

What flies more under the radar are concussions in younger athletes, such as high schoolers and junior high players. What does a concussion look like? What are the immediate effects? What is the recovery process? And how do the athletes themselves view the injury?

A simplified definition of a concussion is a bruise to the brain that results from the brain hitting the inside of the skull, resulting in metabolic changes that can manifest themselves in a variety of different symptoms, said Lynn Rothmeier, certified athletic trainer, physical therapist assistant and EMT for Albert Lea High School.

Although using the correct equipment and proper technique can go a long way toward preventing an injury, as is the case with most injuries, there is no surefire way to stop them from happening. However, with the proper handling and recovery process, athletes are able to return to normal play after a short time without experiencing any lasting effects.

The most common cause of a concussion is direct contact to the head, but according to Rothmeier, impact doesn’t necessarily have to be dealt directly to the head for a concussion to occur.

“It can be a hit to the body that forces the head into a whiplash-like situation,” Rothmeier said. “Research has also started to show us that rotational injuries, like a blindside hit from the side, can cause the brain to bounce around inside the skull. It doesn’t have to be to the head at all; it can be a blow to the body that causes something violent to go on at the head level.”

According to Rothmeier, a lot of children won’t report symptoms of a concussion because either they don’t know they are experiencing them or they don’t want to be taken out of the game. Because of these reasons, athletic trainers have to have a keen eye for spotting big hits and potential signs of a concussion without being approached by the players themselves.

“Immediately you might be able to tell by looking at their appearance — sometimes they’ll look a little dazed,” said athletic trainer Emily Seiler. “We usually ask them a series of questions. Sometimes you can tell by looking at their pupils; their appearance and responses to questions are a big factor. We usually test their memory to see if they can remember a list of words or numbers — just the general processing is usually how we can tell.”

According to Seiler, depending on the severity, athletes normally complain about the symptoms right away. They might be bothered by the crowd noise or the lighting, or have immediate headaches and double or blurry vision, all of which are signs of a possible concussion.

Not only are athletic trainers looking out for things on the playing field, but coaches and officials are now required to take the training to spot symptoms. The added eyes, especially from the officials on the field, can be hugely beneficial when athletes aren’t displaying noticeable signs. Rothmeier said there have been a few instances where an official has come up to her and said he saw something and thought an athlete needed to be evaluated.

Without an obvious sign, like being knocked unconscious, watching from the sideline can be a difficult place to spot symptoms.

“There’s a common misconception that you have to be knocked out or unconscious to have a concussion, which is not true,” Seiler said. “There are some kids that will be unconscious, but in most cases, kids will be conscious. Officials now have that power to pull players out just to be checked. Not every hit to the head is going to be a concussion — that’s another misconception, but we still have testing procedures to go through so we can be sure.”

Another problem is symptoms may remain dormant for a period of time following the incident, sometimes even up to 24 hours later. At that point, Rothmeier said you have to rely a lot on the coaches and teammates to see the signs and report them.

Although some athletes will try and hide their symptoms to either remain in the game or get back to it as soon as they can, Seiler said there are other places you can spot a concussion beside the playing field.

“Kids will often choose to ignore their symptoms and not tell us about them,” Seiler said. “Their parents might not know, their coaches and teammates might not know, but you can sometimes see it in the classroom, as well. They might be falling asleep during class or having a hard time understanding what’s going on. They might start bombing tests and struggling to turn things in on time, so as much as they try to hide it, they can’t always get away with it.”

Once diagnosed with a concussion, athletes are routinely monitored until they are cleared to return back to full participation.

What’s next: Look to Tuesday’s Tribune for part two of the series, where student athletes from area schools give their thoughts about concussions, including one who has recently experienced one.