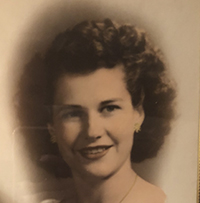 Lois was very proud to live in Albert Lea and was an active citizen, where she enjoyed teaching Sunday school at First Lutheran Church and being a member of the Parent Teacher Association. Her dedication to the town resulted in her getting a key to the city — something she was very proud to have. She later owned The Furniture Mart with C.L. Minehart and worked many years for Interstate Power Co.

On June 26, 1964, Lois married Robert “Bob” Schwinefus and moved to Ostrander. They had one son, Jay Schwinefus, in 1966. Lois and Bob spent a lot of their time raising Arabian horses and established Hi-Fashion Arabians together with Gerald Flaby.

The family would like to thank the staff of Spring Valley Living for taking wonderful care of Lois for the last years of her life.

Lois’ smile, friendship and love for cookies will be missed by many.

Condolences may be left at www.hindtfuneralhomes.com.