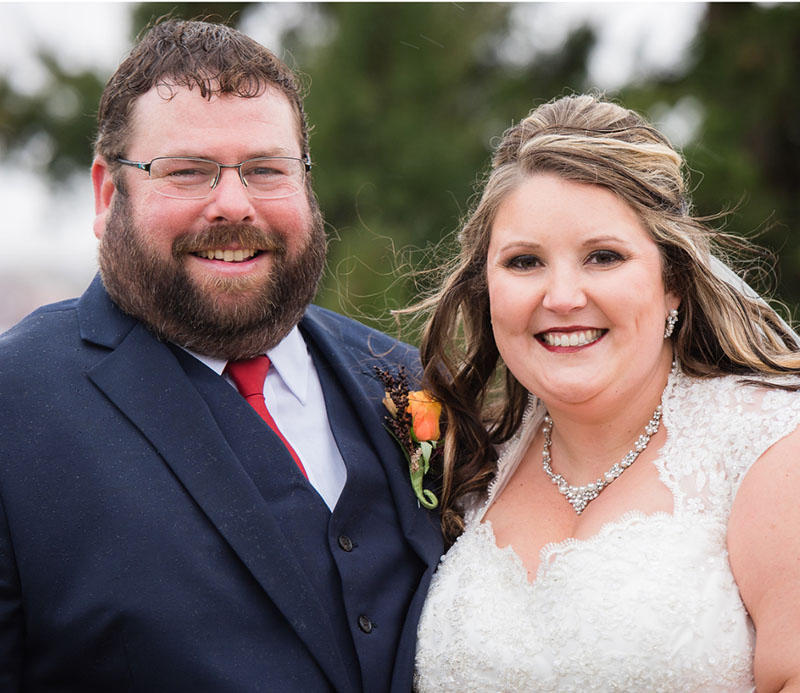 The matron of honor was Mandy Johnson of Champlin, sister of the bride. Bridesmaids were Breanna Munson of Albert Lea and Emily Nelson of Glenville, both friends of the bride.The flower girl was Camille Houston, niece of the groom and daughter of Nick and Stephanie Houston.

Ring bearers were Marek and Arlo Johnson, nephews of the bride and sons of Mandy and Zach Johnson.

The groom is the son of Karen Houston of Pueblo West, Colorado, and Norm and Donylle Houston of Eldora, Iowa, and the grandson of Robert Kirscht of Pueblo, Colorado, the late Joanne Kirscht and the late Dale Mark, both formerly of Pueblo and the late Philip and Viola Houston, formerly of Arlington, Iowa. He is a 1999 graduate of Ackley-Geneva High School and a graduate of Northwest Missouri State University, where he majored in agricultural business. He is employed at Wangen Excavating.