Bulldogs roll over the Eagles 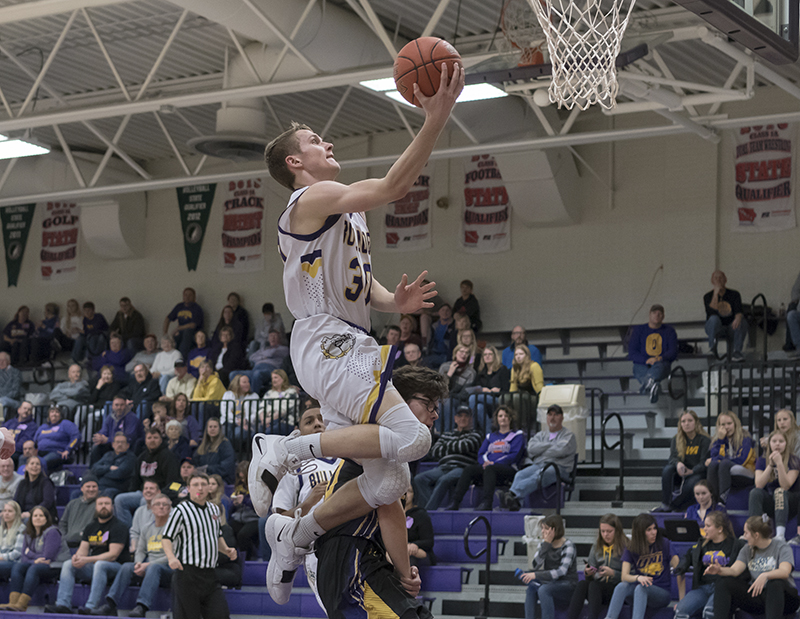 Both the boys’ and girls’ Lake Mills basketball teams hosted Eagle Grove Monday night in a slate of games moved up from Tuesday in anticipation of the winter storm.

Moving the games a day earlier didn’t derail the Bulldogs in any way, as both teams cruised to easy victories over the Eagles.

The girls started the night with a 12-point 57-45 victory behind a solid game from sophomore Taylor Ingledue. In total, seven Bulldogs posted points on the scoreboard throughout the game. Ingledue led with 17 points, while also piling on 12 rebounds. Senior Audrey Casperson and junior Jessa Gasteiger each had 13 points, Caperson pulling eight rebounds and Gasteiger connecting on three three-pointers. Junior Kate Groe also had 12 rebounds on top of her four points. Seniors Breanna Mary, Faith Cox and Hannah Hanson combined for 10 points.

Head coach Garrett Patterson was happy with the ball movement and attack the team displayed. 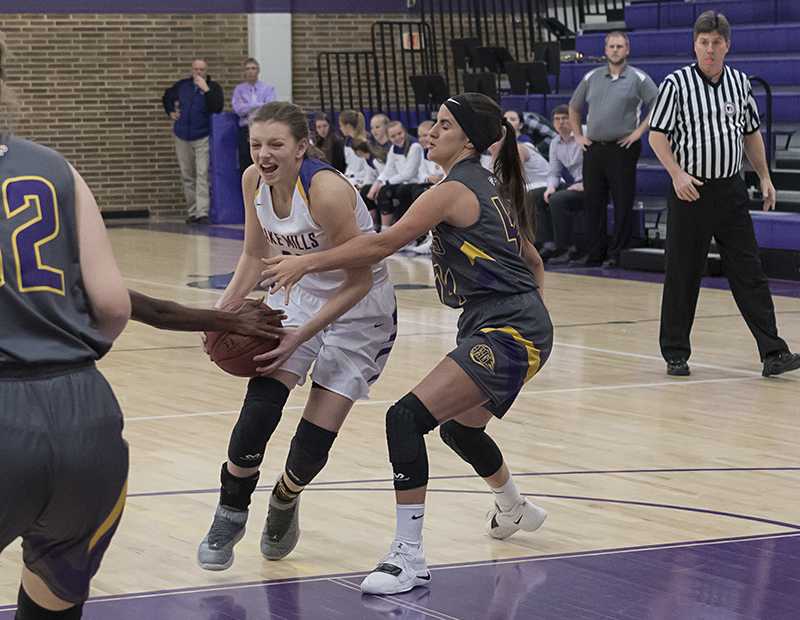 “A good scoring night overall and a balanced attack led to our 12-point win against an improving Eagle Grove team,” Patterson said. “Ingledue had another great game, leading us with 17 points. Jessa and Audrey also contributed 13 a-piece. Overall, we applied good pressure and shared the ball well close to the basket.”

The lady Bulldogs improve to 7-9 on the season and will play again Friday when they travel to take on the 7-9 Cardinals of Garner-Hayfield/Ventura.

The boys left no doubt, getting out to a 46-22 lead at halftime. Eleven players scored for the Bulldogs, including four in double digits. Sophomore DaShawn Linnen led the way with 17 points and was trailed by freshman Bennett Berger with 12, and junior Chett Helming and sophomore Caleb Bacon each had 10. Linnen added seven rebounds, while Bacon had eight.

It was an all-around team effort as the Bulldogs went on to beat the Eagles 77-32.

“We had excellent balance on offense and defended well in the second half,” said head coach Kyle Menke.

The Bulldogs move to 13-2 on the season and 10-2 in the Top of Iowa Conference. They will also travel to Garner-Hayfield/Ventura on Friday night, where they will take on the 11-5 Cardinals.