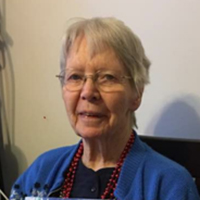 She was preceded in death by her husband, Herbert; son, Gregory; parents Robert and Tilda Van Pelt; and brother, Lloyd.

Dorothy was valedictorian of Austin High School in 1944.

She started her working career in the cafeteria of Albert Lea High School; she also worked at Universal Co-op. and the YMCA in Albert Lea. Dorothy was very active at her church, Grace Lutheran.

Interment will be at a later date at Fort Snelling National Cemetery. Klecatsky and Sons Funeral Home is handling the arrangements.