‘He was a kind soul but had demons’ 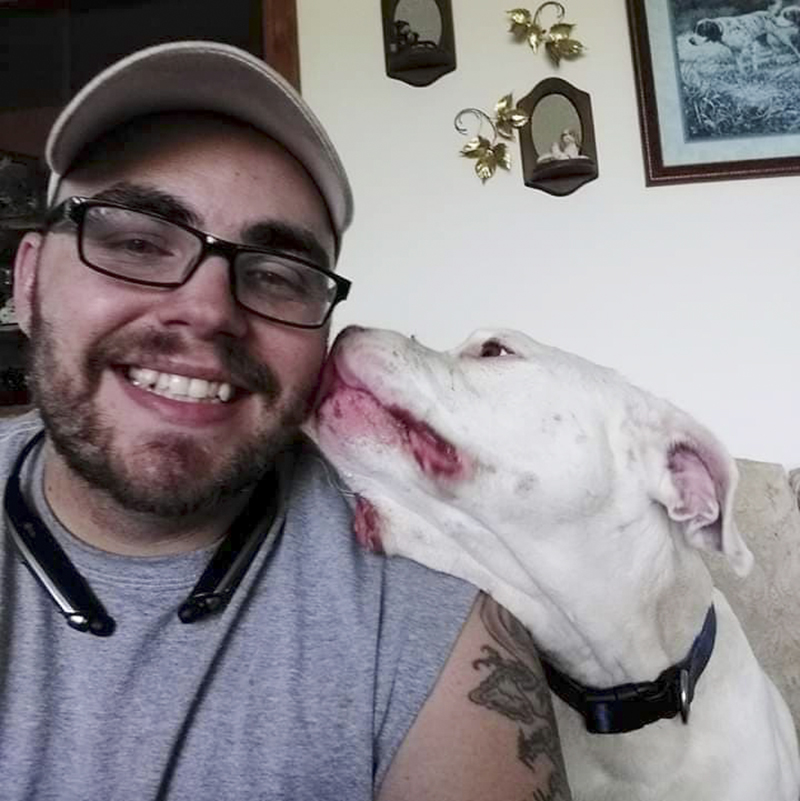 Most everyone who knew Joseph Roberts when he was young would describe him as a typical little boy.

“He was a great kid, helped everybody when he was younger and wanted to be involved,” said his father, Chad Roberts.

But when Joseph Roberts — who many called “Joie” — was 12, his sister, Christa Moffitt, 14, was killed in a rollover car crash on South Broadway.

It’s then, his family and friends say, his life took a turn.

“He clammed up,” Chad Roberts said of his son. “He didn’t talk to anybody. He just wasn’t him anymore.”

He struggled with mental health disorders and, later, found drugs. Over the years, he served time in and out of jail and prison.

Many of these issues are being raised in the aftermath of the 27-year-old’s death Jan. 3 from multiple gunshot wounds in the alley behind College and Court streets — down the street from where his father and grandmother lived.

According to the Minnesota Bureau of Criminal Apprehension on Friday, one officer deployed a Taser and chemical irritant and two officers discharged their guns after being called to a report of a disturbance involving the man. He reportedly had a knife, and one officer received a minor sharp-force injury.

Many other details have not yet been released, and the BCA continues to investigate.

‘He was a kind soul but had demons’

Friends and family who knew Joseph Roberts shared fond memories of him when he was young and from times in more recent years, too.

Debra Normand, a cousin of Joseph Roberts on his stepfather’s side, recalled the thoughtful Christmas gifts he would get for her.

She said it meant the world to him when people would take time to show him they were there for him or to listen to him — despite knowing he was not always on the straight and narrow.

Normand said she noticed him get more distant and hanging around the wrong people as time passed after his sister’s death. Things really started to go downhill, she said, when he started drugs — particularly meth.

“He went to rehab a couple times, but the drugs just wouldn’t let him go,” she said.

His grandmother, Barbara Roberts, said her grandson was diagnosed as paranoid schizophrenic and bipolar.

Betheny Stensven, who has been in a relationship with him recently and who is carrying his child, said he also suffered from depression and severe anxiety.

“He was a kind soul but had demons,” she said.

“He fought with that every day.”

On top of those concerns, he had a crash in 2014 that left him with a brain injury, and his mother, Tamera Praska, was sick for many years of his life and passed away from cancer in 2016.

“Joie’s state of mind — sometimes he didn’t know what’s going on — he didn’t remember some of the stuff he did,” said Lisa Blanchard, who has also been in a relationship with him recently.

Prior interaction with law enforcement

Joseph Roberts was familiar with many on the Albert Lea Police Department, and many of the officers knew him as well because of his arrests over the years.

Court records state he was convicted of domestic assault in 2016 for throwing a woman on the ground, holding her by the hair, and holding a 5-inch folding knife to her throat and threatening to kill her.

Blanchard, who was the woman in that case, said she doesn’t remember much about what happened, but noted even after that incident, she was never afraid of him.

The case in 2012 of second-degree assault involved Roberts reportedly stabbing another man with a knife near City Beach. Court documents state Roberts and the man had been fighting and the man did not initially realize he had even been stabbed. Roberts told police he went to the beach because of an exchange of email messages with a babysitter who offered a chance for him to see his son. He thought it was a setup of some sort.

Chad Roberts and Blanchard said charges were asked to be dropped in both the domestic assault and second-degree assault cases, but they were not able to be dropped.

Blanchard said officers had to deploy a Taser on him multiple times during the December incident, but additional details were not available as of press time.

‘There’s no reason they should have shot him’

Despite his past, Chad Roberts questioned why things had to turn out as they did a week ago for his son.

“There’s no reason they should have shot him — no reason at all,” the father said. “They knew his issues.”

Chad Roberts said he was sleeping in his bedroom in the upstairs of the Court Street house when he woke up to hearing his son had probably been shot and killed.

Barbara Roberts said she asked Stensven, who was also at the house at the time, to call the police because Joseph Roberts had reportedly taken her phone.

At some time during the conversation he reportedly took a knife from the kitchen and went outside.

Chad Roberts said he did not know why his son did this.

“He just wasn’t in his right state of mind,” Chad Roberts said.

Stensven said they had hoped to have an officer there to make sure everyone remained calm for the conversation until the phone was returned but multiple officers arrived. She said just when she thought Joseph Roberts would be coming back to the house, she saw another squad car and an ambulance drive quickly by the house.

The next thing they knew, he had been shot.

They said it took hours before they got any answers, and many questions still remain unanswered. It could be weeks if not months before more information is released.

Normand and her mother, Christine Benson, said they cannot blame anyone for what happened.

She wishes the community wouldn’t cut down each other as they try to figure out what happened.

“Yes, he had problems,” Normand said. “He wasn’t the nicest person to everybody, but people weren’t always the nicest to him either.”

She said despite the choices Joseph Roberts made in his life and what some may have thought of him, he was much more than what is being shown in media reports in the last week.

“You can’t judge a book by its cover,” she said. “You really need to know a person.”

She said life is different for everyone, and people don’t always handle challenges in life the same.

Family members said Joseph Roberts had appointments set up this month at Fountain Centers to get a chemical use assessment. He also had appointments with the behavioral health department at the hospital to try to get his medications straightened out.

His father said he didn’t think his son was taking any of his medications at the time of the shooting.

Blanchard said Joseph Roberts had completed trainings while in prison in welding, carpentry and mechanics and one day hoped to get a job after he got his health issues straightened out. She had hoped to travel with him some this summer.

Chad Roberts said one of his own goals in life was to someday be able to trust his son and even be able to go into business with him.

Stensven said she will miss Joseph Roberts’ goofy smile and fun times they had together — going to the junkyard and getting parts for a vehicle they could fix or taking small road trips.

“It’s going to be hard, but I have to keep looking at it like he’s always going to be watching down on us,” Stensven said.

Besides the one on the way, he had three other children.