A Freeborn County man who allegedly left his three children under the age of 7 home alone for about seven overnight hours last week was charged Tuesday in Freeborn County District Court. 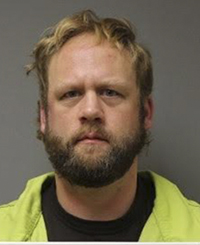 Kyle Scott Parr, 35, is charged with gross misdemeanor contributing to the need for protection or services.

The deputies reportedly saw a black Ford F-150 in the driveway.

Parr’s wife said he was not home with their three children — 2, 4 and 6 years old — when she returned from work at about 3:15 a.m. Parr, who was on probation at the time of the incident, was allegedly drunk when he arrived home at 3:50 a.m.

Court documents state his wife said that was the second time in the last week he had come home intoxicated, and he allegedly had been drinking nearly every day.

Judge Ross Leuning released Parr on his own recognizance Tuesday, contingent on him not using alcohol or controlled substances, submitting to random testing and following other court requirements.

His next court appearance is scheduled for Jan. 31.