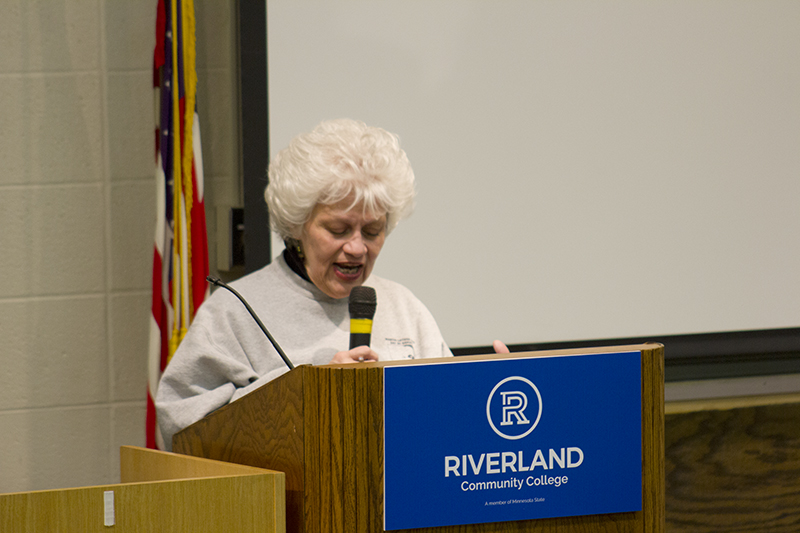 Yudith Balbuena Vidal said she plan sto become professionals in the U.S. after they arrived in the country at young ages.

A Mexico native, Balbuena Vidal said she was 1 1/2 years old when she crossed the border. Today, she plans to graduate from Riverland Community College with Associate of Arts and Associate of Science degrees. She hopes to attend The College of St. Scholastica and become a child and family social worker.

“As a Dreamer, I will continue to take those steps, looking to achieve greatness,” Balbuena Vidal said.

Paw Sher, from a refugee camp in the area of the Thailand/Burma border, noted her family had to leave Burma because of the country’s civil war.

“Living in America was the best thing that ever happened to me,” Sher said.

She said she is studying in the medical field and hopes to one day help people who are ill at the refugee camp.

Dreamers are protected from deportation under the Deferred Action for Childhood Arrivals program. A possible extension to their status has been discussed as a bargaining point as the partial government shutdown continues.

Sara Karki of the Immigrant Law Center of Minnesota said the most common reason undocumented immigrants are in the U.S. is because they overstay their visas — about 62 percent.

She said studies show immigrants are less likely to commit crimes than people born in the U.S. and most immigrants come to help their families and are not able to receive public benefits.

“It’s really not an issue that I see,” Karki said, noting immigrants start businesses at a much higher rate than natural-born citizens.

She said refugees undergo 16 to 20 security- and medical-related checks before they are admitted, and any possible security risks they pose result in being turned away. 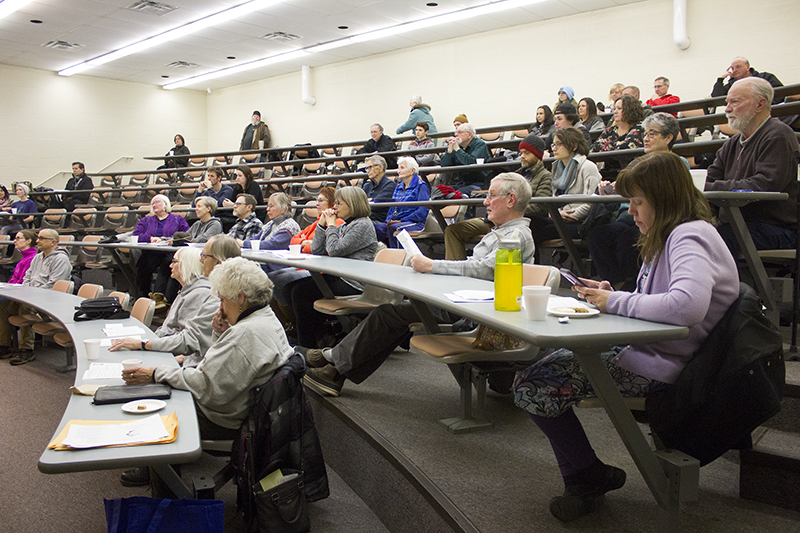 Karki said the U.N. estimates there are 68.5 million displaced people in the world, and this year the U.S. will admit 30,000 refugees, its lowest mark since 1984.

She reflected on King’s legacy and used quotes from the Civil Rights-era leader.

“Use facts, not fear,” she said. “Get educated on the issues.”

The Rev. Erica Cunningham of Salem Lutheran Church led a prayer for those seeking asylum and who have been separated from their families.

“Bring them safe to the place they long to be,” she said.

“Diversity is going to define who we are in the future,” he said.

Bordewick, a National Honor Society member, spoke of her role with the Student Council and the council’s work to combat bullying. She noted she finds inclusivity important at the high school and volunteers at the elementary school level.

Gilbertson said he has attended protests and events in the Twin Cities relating to the animal liberation movement.

She spoke of a school program in which students approach people sitting alone and offer to include them.

“We’ve got some wonderful people coming of age here, and we’re going to be in good hands,” he said. 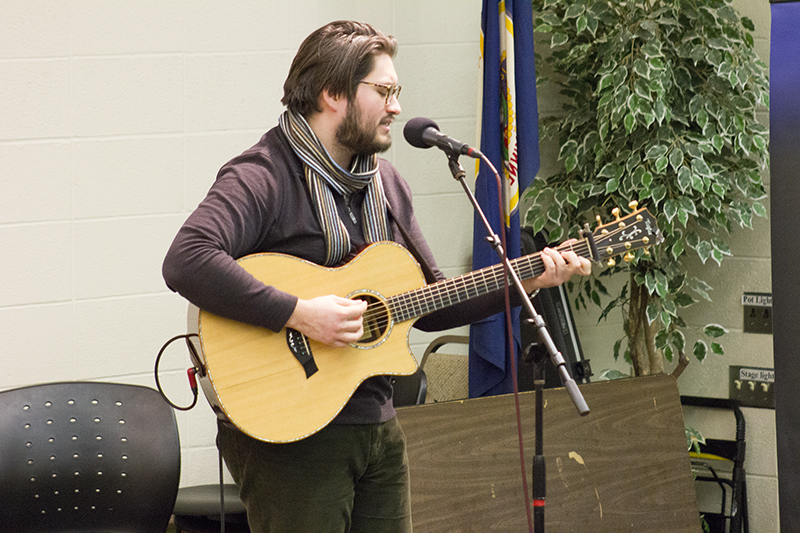