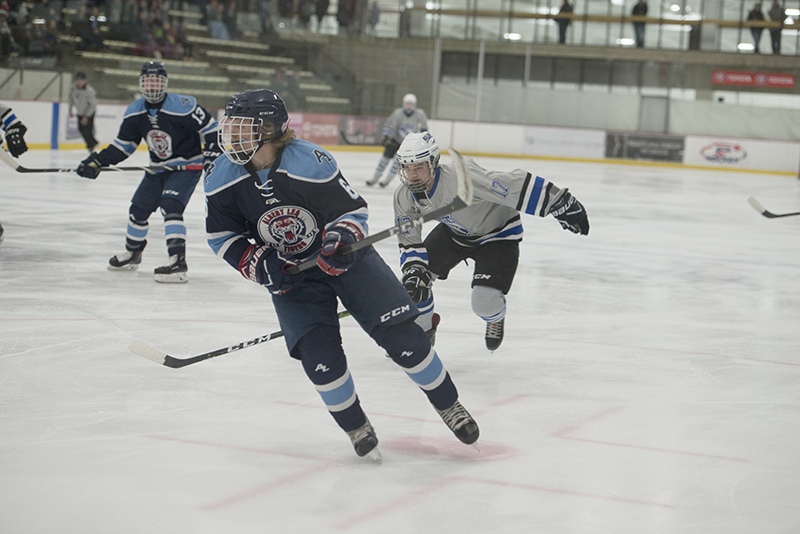 ROCHESTER — The Albert Lea boys’ hockey team traveled to Rochester Tuesday night to take on Minnesota River in the Section 1A semifinal match, a date with Rochester Lourdes in the finals on the line.

After a wild first period, the Tigers were unable to overcome a two-goal period by the Bulldogs, ultimately falling 6-2.

Minnesota River scored the first goal of the game just three minutes into the first period. A short while later, Albert Lea found itself in a two-minute power play thanks to a minor penalty on Minnesota River. Just as Minnesota River was about to be back at full strength, Albert Lea capitalized with a goal scored by sophomore Marcus Dempewolf, assisted by senior Jack Edwin and sophomore Spencer Clark.

The Bulldogs wouldn’t let the score remain tied for long, scoring their second goal just 25 seconds later. However, the Tigers scored a quick goal of their own only 13 seconds after that. This time the goal was scored by junior Owen Zelenak and assisted by Edwin, his second assist of the game.

Albert Lea sophomore Dylan Carlson was called for a minor penalty with six minutes left in the period. Minnesota River utilized the power play, scoring a lead-taking goal with 4:30 left to play. 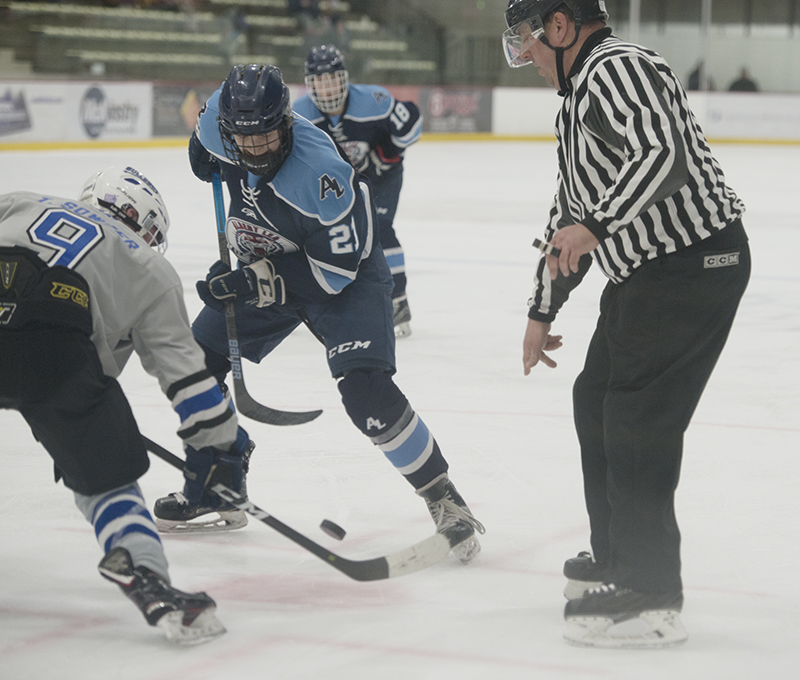 Albert Lea sophomore Markus Dempewolf fights for the puck during a drop in the second period of Tuesday’s game in Rochester. – Tyler Julson/Albert Lea Tribune

The Bulldogs were called for a five-minute major penalty late in the first, but the Tigers were unable to capitalize this time around.

Senior Jaxon Heilman started in the net for Albert Lea, saving 10 of Minnesota River’s 13 shots. Albert Lea got off 16 shots, two of them finding the back of the net.

Starting the second period down 3-2, the Tigers needed to make a move to keep within striking distance of the Bulldogs. The defense held strong until about eight minutes into the period, when the Bulldogs scored to take a 4-2 lead. The Bulldogs would score again before the end of the second to take a 5-2 lead into the final break.

Heilman saved 13 of the Bulldogs’ 15 shots in the period, while the Tigers fired eight shots — missing the mark with all of them.

Albert Lea’s offensive struggles continued into the third period, only now in a 5-2 deficit. Minnesota River all but shored up the game five minutes into the period with another goal to take a four-goal lead.

The Tigers were unable to score throughout the remainder of the period and the Bulldogs used some stellar puck control to drain out the rest of the clock.

For the second straight year, the Tigers fall in the section semifinals. The loss ends their season with a record of 16-10-1. The team will graduate eight seniors as it rebuilds for next season, including Jaxon Heilman, Cole Wentzel, Jack Edwin, Colby Peterson, Joseph Witham, Griffin Gonzalez, Carson Goodell and Jacob Ball. 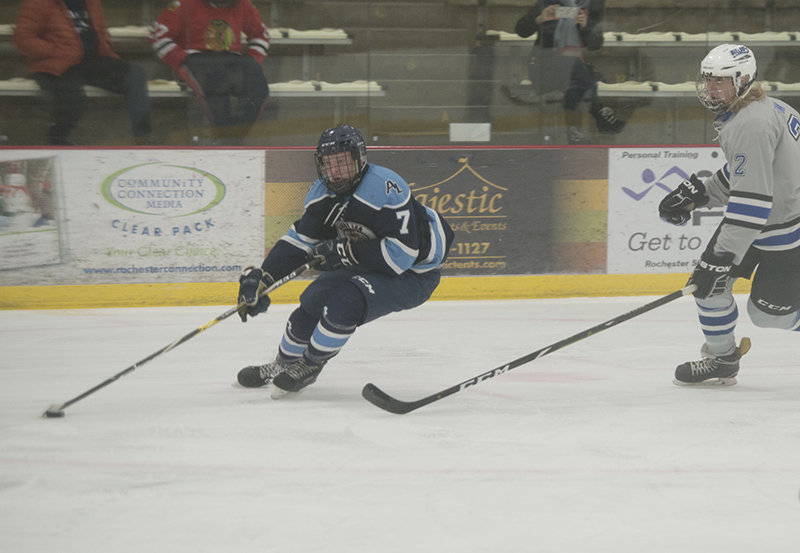