Catholic Charities of Southern Minnesota announced it has welcomed Dr. Angie Loecke, a licensed psychologist, to its Austin office. 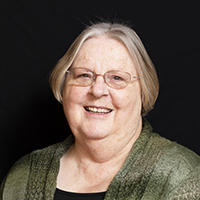 According to a press release, Loecke joins the team to provide services to people experiencing pain from personal or relational problems by providing effective, compassionate counseling services to help them attain healing and well being.

Loecke received her doctorate from Capella University in Minneapolis in 2007. She also has a master’s degree in therapeutic recreation from Temple University in Philadelphia and a Bachelor of Arts degree from Briar Cliff College in Sioux City, Iowa.

Loecke works with adults of all ages using a cognitive behavioral approach, the release states. She has extensive training and experience in working with a geriatric clientele. Other interests include health psychology and psychological interventions for pain management.

Before coming to Catholic Charities, Loecke worked with the Associated Clinic of Psychology in Minneapolis. Prior to that, she worked as a therapeutic recreation specialist with the Minnesota Veterans Home in Hastings and Veterans Administration Medical Center in Hampton, Virginia.

Catholic Charities of Southern MN serves the 20 southernmost counties of Minnesota spanning the territory from the Mississippi River to the South Dakota border. With a mission to serve the poor and vulnerable, the marginalized, the alienated and the stranger, Catholic Charities’ staff and volunteers serve over 7,951 people a year without regard to religion, race, gender or ability to pay, the release states.