Editorial: Get out and support area sports teams 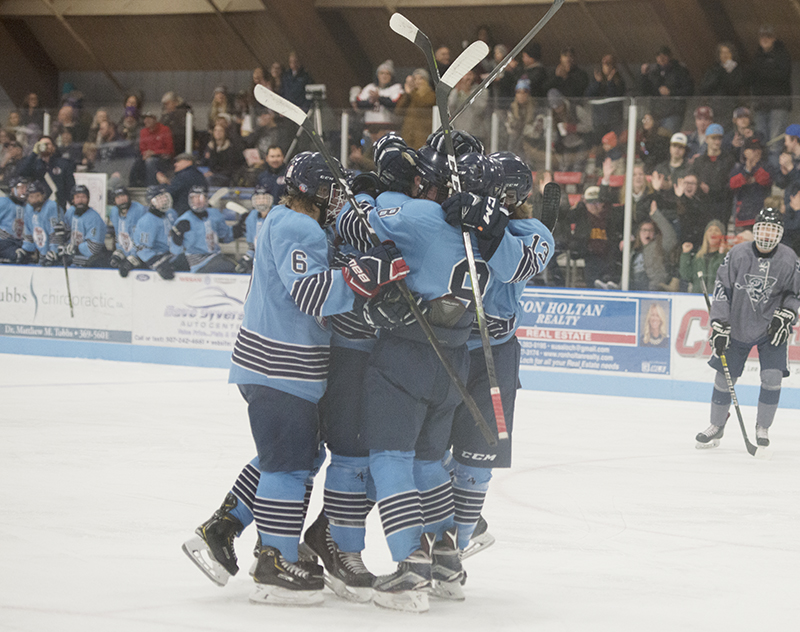 The 2018-19 winter sports postseasons are nearly here for a lot of area high school teams, and in some cases have already ended. However, there are still plenty of chances to get out to a game and cheer on our local student athletes.

The Albert Lea girls’ hockey team got its first playoff win in eight years last week, before falling in the second round. The boys’ hockey team, girls’ and boys’ basketball teams, boys’ swim and dive team and wrestling team still have events left and can always use the support of the hometown crowd.

The swim and dive team will compete at the section meet next week in Rochester, and the wrestling team hosts Faribault Thursday night, looking to defend its crown as Section 1AAA champions.

Both  basketball teams have a little more than two weeks left in the regular season, with more than a handful of home games left.

The boys’ hockey team is in the midst of a grueling week thanks to all the weather postponements, but is showing signs of a potential deep playoff run.

When Mother Nature takes a break from her winter wrath, let’s get out of the house and go show some Albert Lea pride. The feeling of a packed crowd cheering them on is something those athletes won’t soon forget.