It’s a case of whodunit in upcoming ACT production 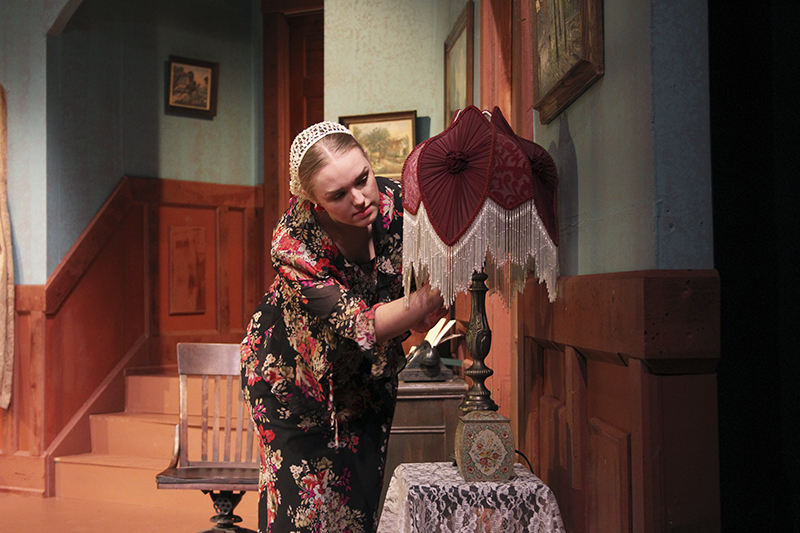 Whether they’ve chosen to or not, the cast of Albert Lea Community Theatre’s upcoming production of Agatha Christie’s “The Mousetrap” have been method acting.

The set window facing a pretend outdoors is frosted over with hairspray and baby powder. Drifts of snow director Brian Mattson assures is fake — and not shoveled in from outside — lies just beyond the glass as the cast prepares to open a show set in the middle of a snow storm.

In “The Mousetrap,” Mollie and Giles Ralston are new to the boarding house business, and their fresh batch of guests is a rough start. One of them has recently murdered someone, and they’re all snowed in together. A policeman joins the group and unearths things all of them wish would have stayed buried.

“It feels like Minnesota is really just trying to get us into character,” Michael Lilienthal said. Lilienthal plays Detective Trotter in the show.

Caleb Ryerson, who plays Giles Ralston, said he’s beginning to get sick. If the audience smells cough drops, he joked he hopes the play will feel even more realistic for them.

The timing of the play was more coincidental than intentional, Mattson said, as the theater usually puts on a drama during either the winter or spring. 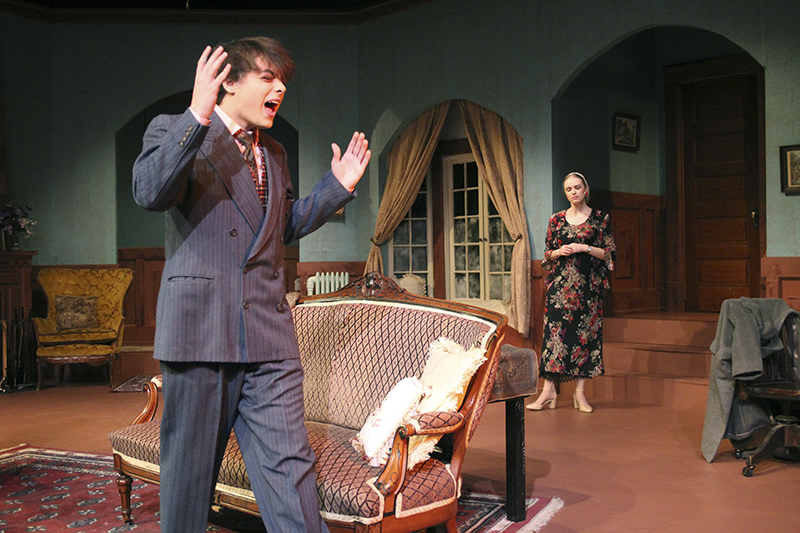 The first guest to arrive at the hotel, Christopher Wren, played by Kyle Nelson, shares his opinion on furniture and architecture with Mollie Ralston, played by Grace Chalmers. – Sarah Kocher/Albert Lea Tribune

The weather can cause a challenge for actors, some of whom have missed rehearsals due to conditions. Normally, Mattson said he tries to have six or seven nights with a full cast ahead of the show. This time around, they’ve had four. However, getting all the actors together at once is a challenge met in most every show due to scheduling conflicts, Mattson said, and one they try to work around.

The script didn’t call for any specific moment in time, but Mattson decided on an 80-plus-year throwback.

“As it came up … the play kept getting more exciting,” he said.

The cast is small and tight, Lilienthal said, so they have built good camaraderie and trust for the show, Ryerson said. Lilienthal tried out for the play because of its author.

“I love Agatha Christie,” he said. “It seems to draw me into things.”

Case in point: he said he once joined a book club because of her. She makes you think, and her characters are interesting to get to know, he said.

The audience members will be surprised by the end, too, Mattson said. Even he was, and he can usually predict an ending.

“It’s fun,” Lilienthal said. “I hope the audience likes it.”