Kip Byron Jentoft, 79, of Coon Rapids passed away Sunday, Feb. 3, 2019, due to complications from pneumonia. 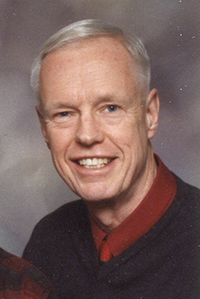 A celebration of life memorial service will be at 2 p.m. Sunday at Our Father’s House at 18358 U.S. Highway 69 in Albert Lea, where Kip served as the pastor for 26 years. Visitation will be one hour before the service.

Kip practiced as an orthodontist in Duluth for 10 years before devoting his life to the ministry. After years of volunteering at his church, Kip became an ordained minister and the pastor of Our Father’s House in Albert Lea.

Kip was actively involved in the local community in Albert Lea and led a large number of short-term missions into eastern Europe. Kip loved adventure and was an avid outdoorsman who enjoyed hunting and fishing.

Kip is survived by his wife, Marlys; his sons Keith and Karl; his daughter, Kay; his sister, Myrna; and 10 grandchildren.

Kip is preceded in death by his older brother, Richard; his mother, Ruth; and his father, Clarence.

The family of Kip Jentoft wishes to thank the many friends and family who have supported Kip and Marlys over the years.