Man charged with financial exploitation of vulnerable adult in Wells

A Wisconsin man who allegedly stole more than $12,000 from a Wells vulnerable adult he was financially assisting has been charged with three felonies in Faribault County District Court. 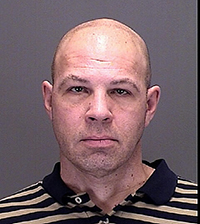 Peter Jay Krueger, 45, of Altoona, Wisconsin, is charged with two counts of financial exploitation and one count of theft.

Court documents state Krueger was charged after a Wells police officer responded Dec. 4 to a report of a vulnerable adult with dementia. Krueger had been a court-appointed guardian and conservator for the alleged victim since Dec. 16, 2016. He also served as Social Security income payee for the man.

Court documents state the alleged victim said he did not have access to his account and Krueger was sending him $200 to $300 per month for daily living expenses, which he did not like.

“Upon reviewing the bank records, it is clear that a number of criminal transactions occurred,” court documents state. “Krueger made many transfers from the guardianship account directly to his own personal account from the dates of July 2017 through July 2018. The total amount of transfers is $7,773.25.”

Krueger also allegedly made $3,140 in unaccounted cash withdrawals from the guardianship account.

“Last, there are a number of transactions on the guardianship account that have no relevance to Krueger’s position as guardian — for example, numerous purchases at gas stations as well as Redbox,” court documents state. “The total amount of these transactions from January 2017 through June is $1,090.64.”

The alleged victim reportedly said Krueger “borrowed” the money to pay for an apartment after he split from his wife.

“(The alleged victim) advised that he was no longer receiving money from Krueger and that Krueger had not contacted him in some time,” court documents state.

During the investigation, Krueger was removed as guardian and conservator due to the allegations.

Krueger’s first appearance on the charges was Monday. He was released on his own recognizance and ordered not to have contact with the alleged victim.

His next court appearance is scheduled for Feb. 25.