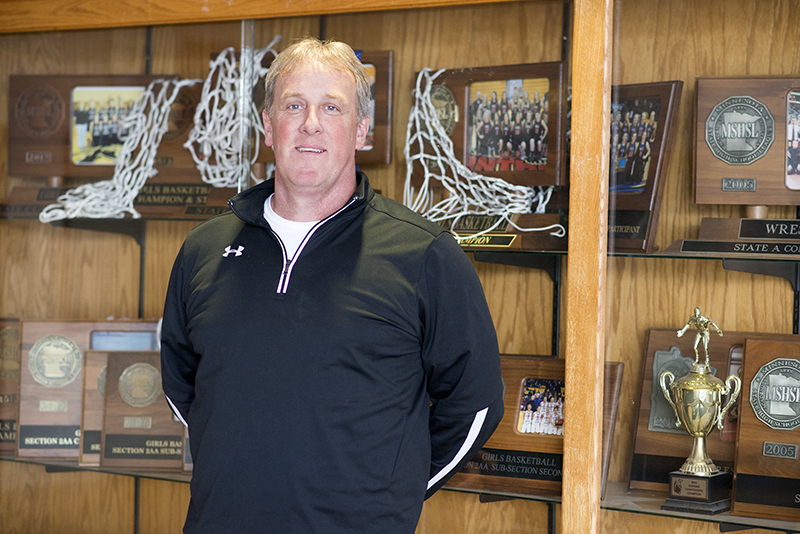 Dan Stork has been the Activities Director at NRHEG for eight years. Tyler Julson/Albert Lea Tribune

How long have you been the activities director?

This would be my eighth year.

How many schools have you worked at previously?

This is it. I came here right out of college. I taught (physical education) and industrial tech for the first few years I was here. I was an elementary coordinator and did that for seven years, actually. Then I came over to the high school and got involved in the activities department after that.

What sports did you participate in during high school and college?

When I was younger I did the football, basketball, baseball scene. As I got into high school, I dropped basketball. I wasn’t really into it and they always bugged me because I was tall, but then I got into golden glove boxing.

I had an older brother who was into it and growing up in Byron, we went up to Rochester and onto Silver Lake Fire Station and got involved with a golden gloves club over there.

After a few years, I started to focus more on football. I went and played football in college, so that was my love.

What made you want to become an activities director?

Mindy Sparby forced me to do it. No, just kidding. Mindy was the AD here before I was. We were good friends — we’re still really close. Her and my wife are really good friends. She was leaving the district at the time I was working as the dean of students here at the high school.

They asked me to be the AD and I thought, “well that sounds kind of fun.” I’ve always been into athletics and I was coaching football at the time.

Since I’ve been at New Richland I’ve coached football, basketball —both boys and girls at many different levels — and softball. I was big into softball the first few years I was here.

I’ve always loved athletics, it’s kind of my background. I’ve always wanted to be involved in it and Mindy talked me into it, so I did it and it has been a lot of fun.

What’s the most difficult part of your job?

I love the job, it’s a lot of fun, but probably the most difficult thing is the amount of time that goes into it. That’s the most demanding part of the job. This morning I got here about 7:30, and I probably won’t get home tonight until about 9:30. That’s a typical night in the winter season.

I have Wednesdays off, but then I’m teaching classes at the church, so I’m busy there, too. It’s time more than anything, but it’s fun time.

What’s the most  rewarding part of your job?

I think the most rewarding aspect is just being involved with so many different student athletes and coaches, not only from our school, but from other schools, too. You get to know everybody. I’ve made some really good friends over the years.

You get to watch the kids develop and grow with coaches who have a passion to work with them. It’s just really fun. The good parts far outweigh the bad parts

What keeps you  sticking with the job?

I’ll be honest with you, I’ve had a lot of friends who have gotten burned out and have gotten out of it. A couple of them did it for two or three years and were finished. There are a lot of challenges that come with it, but I think I keep doing it because I still have a passion for athletics and activities and working with kids.

Obviously there’s going to be some bad days and some good days, but there’s always something exciting. It’s always fun to be chasing something and seeing our teams grow and develop and chase that next goal. 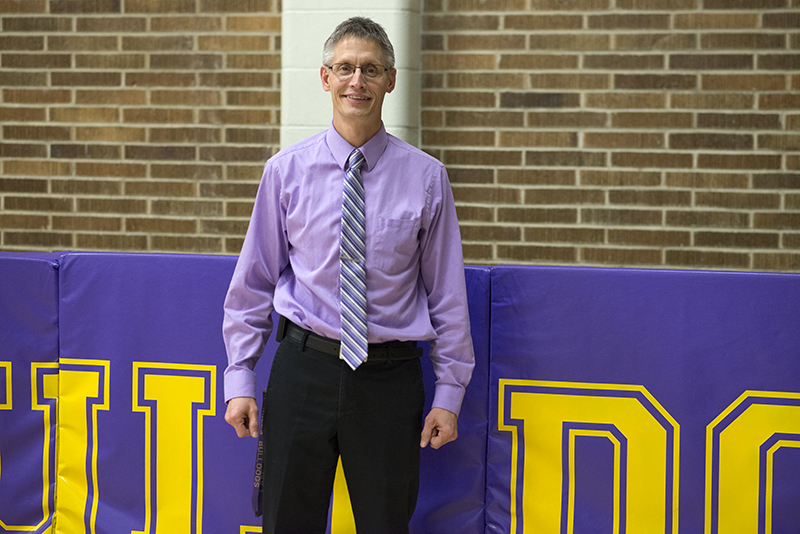 Jim Boehmer has been the Activities Director at Lake Mills for 18 years. Tyler Julson/Albert Lea Tribune

How long have you been the athletic
director?

How many schools have you worked at previously?

This is the only school I’ve worked at. Senior in college, a social studies major, I saw the job posted in the Des Moines Register, and I thought “Well, I’ll apply there.” I came up for an interview, and it went horribly. I remember pulling out of Lake Mills and thinking “I will never be back in that town again.”

The superintendent at the time gave me a call and said they wanted me back for a second interview.

What sports did you |participate in during high school and college?

What made you want to become an athletic director?

I started out wanting to go into law enforcement, but after my first semester, I decided against that. I enjoyed going to watch my sister teach down in Tipton, Iowa, so I decided to get into education.

Really, the classroom is why I haven’t seriously considered a few other opportunities. College administration and bigger schools, you have to give up coaching and teaching, and I just wasn’t ready to give that up at the time.

What’s the most difficult part of your job?

Balancing — balancing all those various hats. I’m also a classroom teacher, and I teach four different classes. Then, I’ve coached every year I’ve taught, and you have to factor that in. The time that goes into being the AD is crazy. There has been Saturdays, Sundays and even some holidays where I’ve been up here working.

What’s the most rewarding part of your job?

For me, it’s definitely the student relationships — those are priceless. Just the things you get from kids and the things you hear from kids, it might be years later, but when you see a kid have that “aha” moment or that moment when the feel good about who they are and what they did. 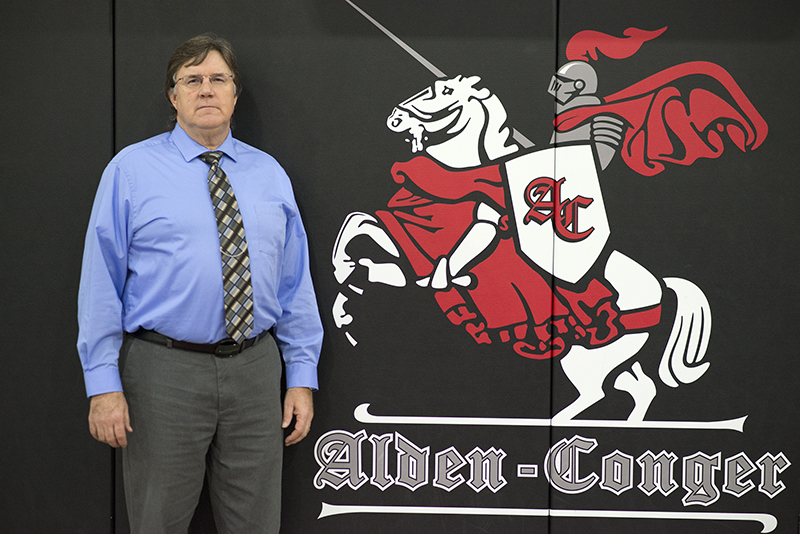 Paul Ragatz has been the Activities Director at Alden-Conger for 13 years. Tyler Julson/Albert Lea Tribune

How long have you been the athletic  director?

How many schools have you worked  at previously?

This is the only school I’ve ever taught at. I started in 1990 and I’ve done everything aside from being the superintendent.

What sports did you participate in during high school and  college?

I was an East St. Paul kid and went to Harding High School. My senior class was bigger than the population of Alden. So as you can imagine, the competition was pretty tough, but I did play varsity football and varsity basketball, but I didn’t make the varsity baseball team.

What made you want to become an athletic director?

I was a head coach throughout the ’90s, and in 2003 I deployed with the National Guard. When I came back, around 11 months later, Joe Guanella offered me the dean position and the AD.

What’s the most  difficult part of your job?

Alden-Conger is the only district I’ve ever known, but for me, the hardest part is finding junior high level coaches. Not enough of the teaching staff are willing to coach, so you have to turn to the outside. There, many people want to coach, but they have other jobs. Finding those people who both can and want to coach at that level is hard because there’s so much turnover.

What’s the most  rewarding part of  your job?

The No. 1 reason every kid puts down when asked why they play sports is to have fun. To drive that home through coaching, the parents, the officials, the fans and everything else, all has to do with the program we’ve created.

My  No. 1 thing is that kids are a part of education-based athletics. To see that connection between the players and the coaches is special.