Update: MnDOT lifts no travel advisory on I-35 from Iowa border to Highway 30 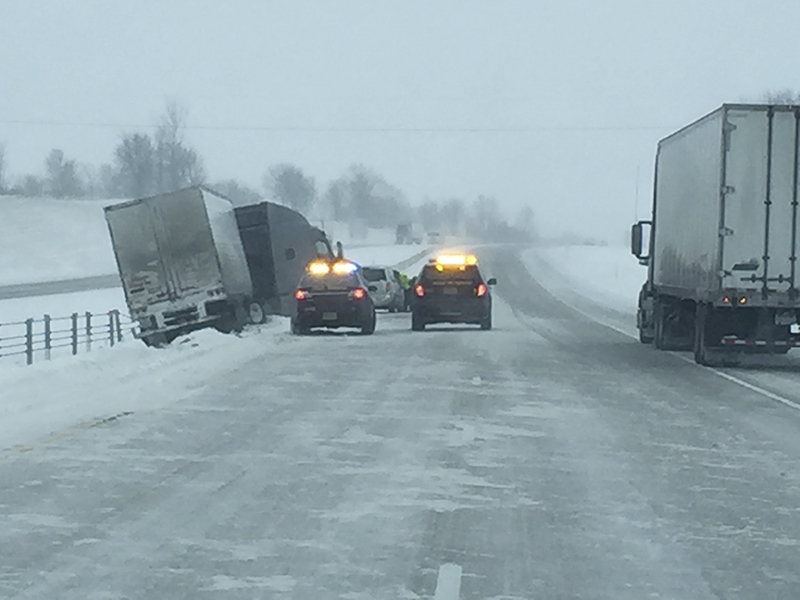 A semi is pictured off the road Tuesday along southbound Interstate 35 near Albert Lea. - Photo courtesy Dave Gilmore

The Minnesota Department of Transportation has lifted the no travel advisory on Interstate 35 between Ellendale and the Iowa border but cautions that roads remain slick.

Roads are listed on the MnDOT website as completely covered in snow. Interstate 35 north of the Ellendale exit is listed as partially covered.

The Minnesota Department of Transportation has issued a no travel advisory on Interstate 35 from the Iowa border to Minnesota Highway 30 at the Ellendale exit because of poor visibility and drifting snow.

The advisory will remain in place until conditions improve, according to a news release.

MnDOT will announce a change in status via its District 6 Twitter feed: http://www.twitter.com/mndotsoutheast.

The advisory is in place to because of blowing snow conditions. Wind speeds along the highway were near 25 mph.

The release stated MnDOT snowplows are on the roads, but conditions are challenging. Motorists may use the road, but MnDOT is advising no travel until conditions improve. Crashes have been reported on I-35, including a jack-knifed semi southbound south of Albert Lea that was blocking traffic.