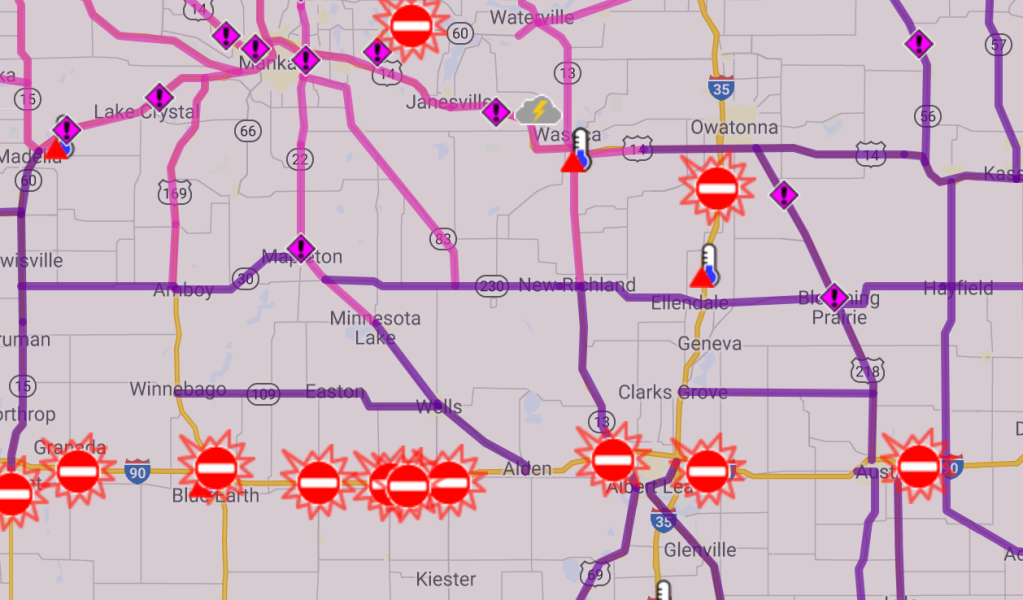 The Minnesota Department of Transportation is advising no traveling on numerous roads in the area, as of 8 a.m. Provided

The Minnesota Department of Transportation has issued a no travel advisory for numerous highways in southeastern Minnesota because of poor driving conditions with blowing and drifting snow.

According to a MnDOT news release, MnDOT snowplow operators are on the roads but wind is making snowplowing challenging with drifting and limited visibility. High winds, especially in unsheltered areas, will result in whiteout conditions and have the potential for heavy drifting.

Motorists are asked to stay off the following area roads while snowplows continue to work:

The advisory will be lifted when conditions improve, and more highways could be added to the advisory as conditions worsen across the region.

Freeborn County Sheriff Kurt Freitag said Sunday the Sheriff’s Office has rescued 25 motorists so far Saturday night through Sunday morning used a tracked ATV that can seat five people, and the National Guard had rescued 30, also using a tracked vehicle. The Minnesota State Patrol rescued three motorists, and MnDOT dropped off one motorist at the armory.

“Weather conditions are very dangerous and travel is not advised,” Freitag said.