MnDOT: State should have 194K more electric vehicles in a decade 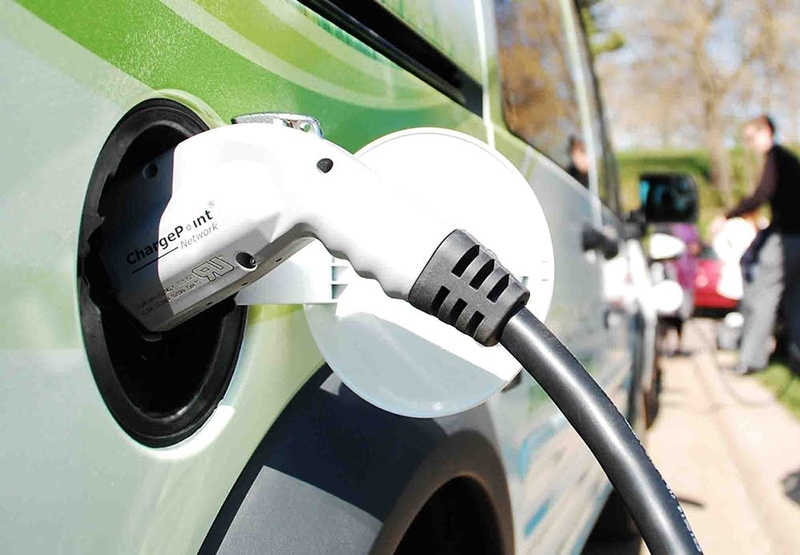 Minnesota transit officials have a bold new goal for electric vehicles in the state: electrify 20 percent of all cars, SUVs and light-duty trucks in a decade.

An effort to tackle climate change and move away from fossil fuels, the Minnesota Department of Transportation’s proposal, released last week, calls for a 3,200 percent increase in the amount of electric vehicles by 2030.

The electric vehicle target comes a month after a new state report shows that personal vehicles are among the largest greenhouse gas sources in Minnesota — emitting 23.3 million tons of carbon dioxide in 2016.

There are about 6,000 electrical vehicles in Minnesota right now, said Tim Sexton, MnDOT’s chief sustainability officer. By 2030, the agency wants there to be 200,000 electric vehicles, about half plug-in hybrids electrics and half battery electrics.

Sexton admits the goal is ambitious, but he notes how electric vehicle adoption has skyrocketed even in the past few years. In 2011, there were just 418 electric vehicles registered in the entire state. Now, there are more than 15 times that amount.

Part of MnDOT’s strategy for increasing electric vehicle adoption is making it easier and more attractive for people to buy them.

That could include bulk-buying programs to help reduce the cost, tax incentives for buying electric vehicles and electric car-sharing options, according to a report from MnDOT, the state Pollution Control Agency and the Great Plains Institute.

Electric vehicles are typically more expensive to purchase, but they’re cheaper to maintain and their upfront costs will likely decrease as the technology advances.