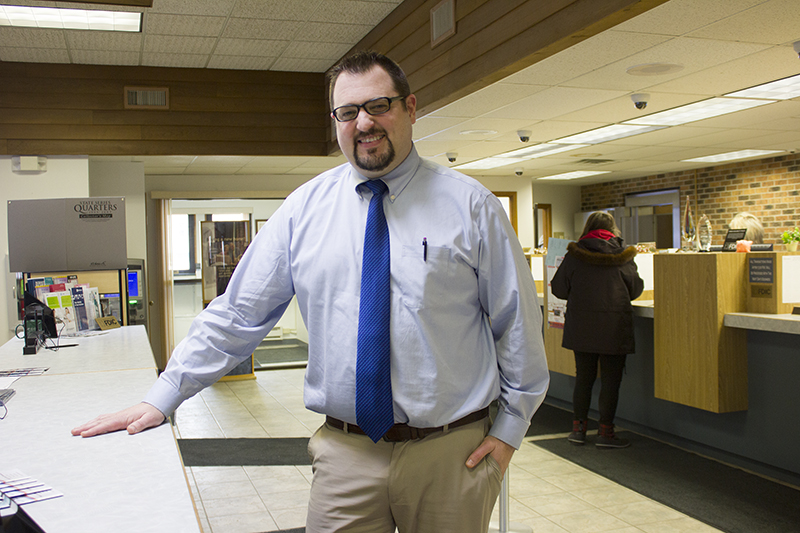 Man grew up in Albert Lea, returned to start his family

More than 20 years ago, Tim Reed graduated from Albert Lea High School and embarked on a journey that would include one semester at the acclaimed Oxford University.

Reed, 40, attended Waldorf College for undergraduate studies and earned a Master of Business Administration from University of Wisconsin-Whitewater in 2003.

His first job there was with a bank based out of the north Hy-Vee store. He said the job presented a challenge in that he was tasked with soliciting loans and accounts from people in the store to shop.

“Never want to do it again, but it was a good place to start,” he said.

The couple moved back to Albert Lea to start their family.

Reed stressed the community focus of Security Bank Minnesota and said he hopes customers feel similarly. In his role at the bank, Reed solicits loans and builds relationships with people and businesses.

He spoke highly of working in Albert Lea.

“It’s so great to work in the community that you grew up in, to see the people that you basically grew up with,” Reed said. “I see the parents of guys I played basketball with all the time.”

Shortly after beginning at Security Bank Minnesota, Reed joined Daybreakers Kiwanis Club, a service club he leads as president. He said he joined Kiwanis based on the bank’s expectation its employees help in the community.

“I’m blessed to work for an employer that really values public service and to be in the community,” he said.

In his spare time, Reed and his family enjoy family-oriented trips and have gone on a half dozen camping trips on an annual basis.

“It’s just a great way to get in God’s creation, and especially get the kids disconnected from the devices,” he said.

A Christian, Reed said Crossroads Church has “been very large” in the lives of his family and was one of the reasons they moved back to Albert Lea.

“It’s a safe community,” he said. “It’s kind of nice to know the ins and the outs of the town that your kids are going to grow up in.”

He spoke of the role faith plays in his life.

“It’s huge,” Reed said. “As a follower of Christ, it’s not a concept of trying to earn grace by doing community service — it’s legitimately just showing love to the community on behalf of Jesus, being an ambassador, so that plays well into my vision of who I want to be in Albert Lea and as a Christian, and as a Christian businessman in town.”

Interesting fact: Reed studied for one semester at Oxford University, one of the top-ranked universities in the world