‘Thinking outside the box’ 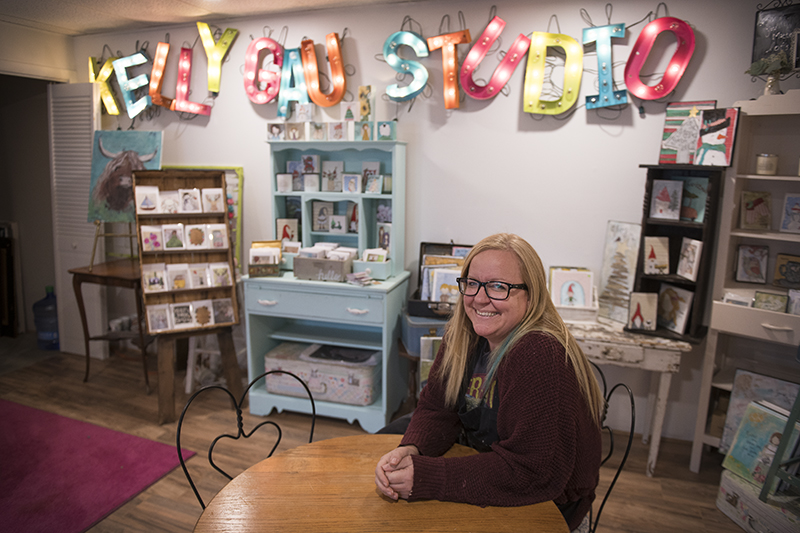 LAKE MILLS — It’s the start of a new chapter for an area artist and studio owner.

Kelly Gau had her Kelly Gau Studio in Albert Lea for three or four years, before moving the studio to Lake Mills in October. The move came after Gau and her husband, Tony, had the opportunity to buy a building at 225 W. Main St. in Lake Mills, where Gau’s studio now resides. Kelly Gau was renting her Albert Lea location.

While the Lake Mills native and resident said the move and purchase of the building presented an opportunity, the decision was still somewhat bittersweet.

Still, she’s happy to be in Lake Mills, which she said is a very supportive, tight-knit community. Lake Mills people ventured to Albert Lea quite a bit when she was located there, and Gau said it has been “fun to honor that loyalty.”

She has had Albert Lea visitors to her Lakes Mills location as well, and for that she is grateful. 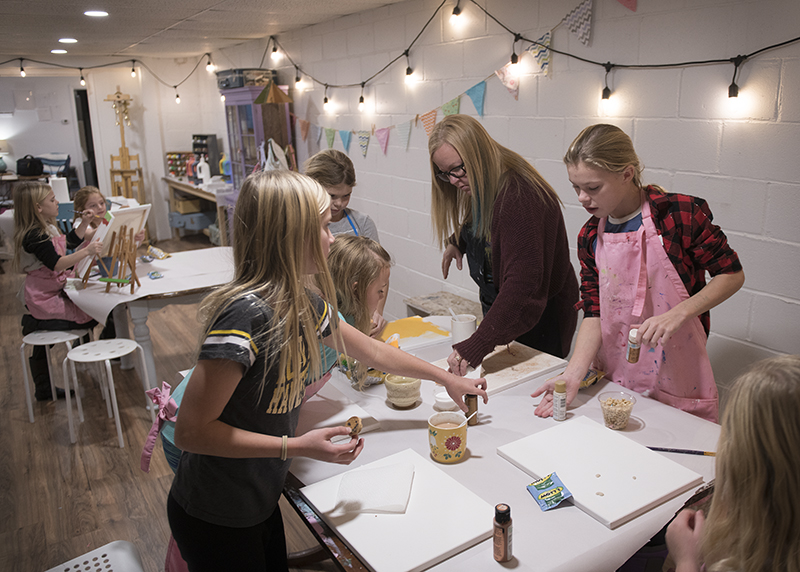 “I’m super appreciative of that. Without them, I’d be nothing,” Gau said of her customers and all her supporters. “I love everybody.”

Born and raised as the third generation of her family to be based in Lake Mills, Gau is happy to be home.

“It means everything just to be able to give these people another option,” she said. “It’s an amazing community.”

In addition to being closer to home, the move to Lake Mills gives Gau more time to focus on her art.

She works in all kinds of mediums, from ink and paint, to fabric and stamping and beyond. 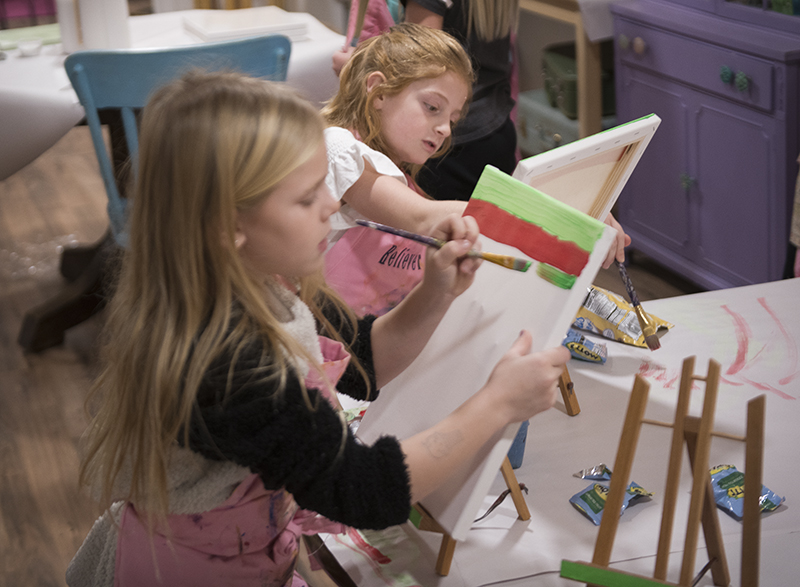 During the after-school program, students get a snack an participate in a different art activity at Kelly Gau Studio. Colleen Harrison/Albert Lea Tribune

“I’m just a mixed-media kind of girl,” Gau said. “A jack of all trades and a master of none.”

One of her more popular sellers are unique note cards, in addition to personal commissions, she said. In addition to her own artwork, Gau sells some of her sister’s candles in her studio. Her sister-in-law also runs a massage studio out of part of Gau’s building.

Another major part of Gau’s studio, though, is the programs she offers for children and young artists. She offers a six-week after-school art program, as well as once-a-month mini-maker sessions for preschoolers. She also plans princess parties every so often where children get to dress up as princesses and eat fancy cakes and work on a special craft.

Initially wanting to be a preschool teacher, Gau started as a substitute preschool teacher. That turned into working at library story times and starting her own art programs for children that ran out of her house and places in Northwood, before bringing those lessons to her Albert Lea and Lake Mills studios once those opened, respectively.

It’s where Gau has found her niche.

“Just seeing them dream, their abilities, getting to see them think outside the box,” Gau said of her favorite parts about teaching children about creating art. “Each one of them is so special.”

4 – Months Kelly Gau Studio has been in Lake Mills