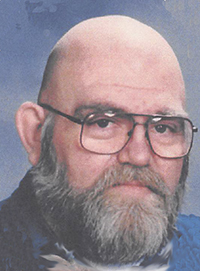 He was baptized and confirmed at St. Theodore Catholic Church in Albert Lea. Tom attended St. Theodore and St. Mary’s schools and Albert Lea High School. He graduated in 1965.

He joined the Navy in December 1964. He served aboard the USS America during the Vietnam War and was honorably discharged in 1968.

Tom worked as deputy sheriff for Freeborn County for 29 years, retiring in 2001.

He worked with storm spotters in Freeborn County for years. He enjoyed being a ham radio operator and the friends he made as a radio operator.

He was preceded in death by his parents, paternal and maternal grandparents, aunts, uncles and cousins.

Tom did not want a funeral. His family will have an opportunity for family and friends to gather in June to share stories and memories of Tom. A date and location will be posted in the Albert Lea Tribune.

Memorials can be made to American Diabetes Association or American Cancer Society.