Albert Lea High School Principal Mark Grossklaus has the chance to change his title to superintendent later this year. 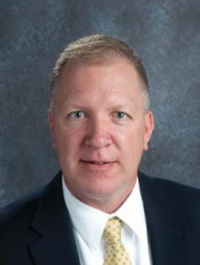 At a special board meeting following interviews Wednesday night, Grossklaus was selected by the Cannon Falls school board as the candidate to enter into negotiations with the Cannon Falls district, according to a representative of the district. Terms have not been agreed to, and Grossklaus has not officially accepted the position. If the school board and Grossklaus reach a contract agreement, the board will vote March 25.

According to an email Grossklaus shared with his staff, he does plan to accept the position upon the successful negotiation of his contract.

“I have had a positive, rewarding and fulfilling time working with students and staff at Albert Lea High School for the past five years,” Grossklaus wrote in the email. “Dr. (Mike) Funk and the district office have been very supportive since I have arrived. The decision to accept the position was based on what is best for my family.”

Grossklaus was hired as Albert Lea High School principal in 2014 after serving as academic director at St. Paul Conservatory for Performing Arts.