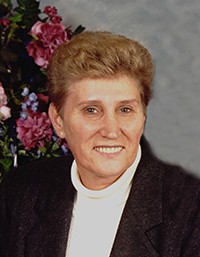 Funeral services took place at 10:30 a.m. March 16 at Emmons Lutheran Church. The Rev. David E. Schafer officiated. Cremation followed the service with inurnment at Oak Lawn Cemetery at a later date. Visitation took place from 4 to 7 p.m. March 15 in the large social hall at Emmons Lutheran Church and continued one hour prior to the service March 16.

Betty Jane (Miller) Honsey was born March 21, 1945, in Waseca to parents Rueben and Irene (Arndt) Miller. She attended and graduated from Janesville High School in 1963.

On July 11, 1964, Betty was united in marriage with Curtis D. Honsey in Janesville. The couple was married for 54 1/2 years, farming together, raising their four children and enjoying their grandchildren on their farm north of Emmons. Having been raised on a farm herself, Betty knew what it took to be a farmer’s wife; she enjoyed mowing lawn, gardening, and raising pigs.

In addition to the farm life with Curtis, Betty spent free time reading, collecting angels, and golfing, and she worked at Fleetguard for 15 years. But nothing compared to the moments she was able to share with her grandchildren. What a blessing each of them were to Grandma.

She was preceded in death by her parents; brother, Robert, in infancy; and father-in-law, Homer Honsey.

Online condolences may be left at www.mittelstadtfuneralhome.com.