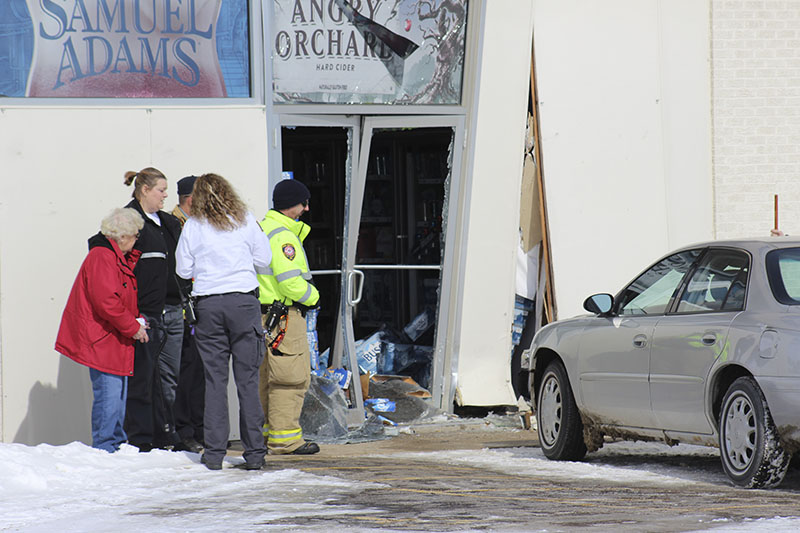 A Buick Century ran into the back entrance to Cheers Liquor just before noon Wednesday. Cheers Liquor owner Jenny Heinrich estimates the damage at over $5,000. - Sarah Kocher/Albert Lea Tribune

No injuries were reported Wednesday after a Buick Century crashed into Cheers Liquor.

The crash, reported at about 11:50 a.m., smashed the back doors, destroyed a pallet of Busch Light and caused more than $5,000 in damage.

Cheers Liquor manager and part-owner Jenny Heinrich said she was training a new employee when she saw the car enter the building.

“I watched her come through the door,” she said. “It was pretty surreal.”

Heinrich said the driver of the car, Carol Joan Peterson, 82, of Albert Lea, meant to hit the brakes of the Century, but instead hit the accelerator.

Peterson was not injured in the crash.

Cheers Liquor is still open, and the back doors are expected to be closed for more than one week. 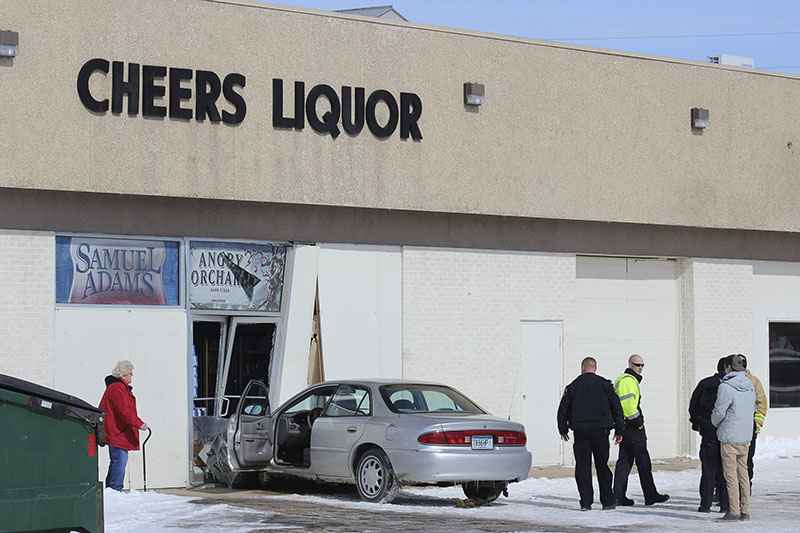 A Buick Century ran into the back entrance to Cheers Liquor just before noon Wednesday. – Sarah Kocher/Albert Lea Tribune

A Lake Mills woman was injured Tuesday in a rollover crash on Interstate 90, west of Stewartville.

Darcy Raye Nickson, 62, was taken to Mayo Clinic Hospital-St.Marys campus with at least one injury deemed not life-threatening.

Nickson was driving a 2004 Pontiac Bonneville east on I-90 when her car drifted to the right, causing her to overcorrect, enter the median and roll at 10:40 a.m., according to the Minnesota State Patrol.

Nickson was wearing her seat belt, and alcohol was not a factor in the crash, the report states.