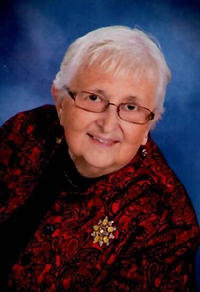 Kate was born March 12, 1937, in Dows, Iowa, to Lyle and Arline (Ford) Williams. She graduated from Adams High School in 1955. She married Robert Andree Sr. on Oct. 22, 1955, at Our Saviors Lutheran Church in Brownsdale. She enjoyed crocheting, gardening, birdwatching, camping, traveling and going for daily walks.

She was preceded in death by her husband, Robert Andree Sr.; son, Allen; grandson, Eric; and brothers-in-law David Andree and Edward Andree.

Funeral services will be at 2 p.m. Thursday at Holy Cross Lutheran Church with the Rev. Gemechu Olana officiating. Interment will be in Oakwood Cemetery. Visitation will be at the church one hour before the service Thursday.