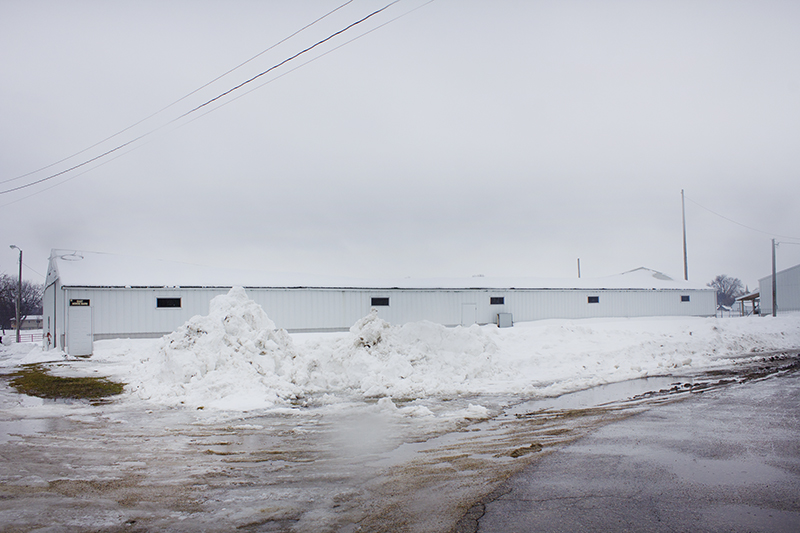 The roof of the horse barn north of the beer garden area on the Freeborn County Fairgrounds collapsed Sunday morning under the weight of snow. - Sam Wilmes/Albert Lea Tribune

The roof of a horse born north of the Beer Garden location in the Freeborn County Fairgrounds reportedly collapsed Sunday under the weight of heavy snow.

Freeborn County Public Works Director Sue Miller said most of the items in the barn were wooden benches usually placed around the grounds for the annual fair and horse stalls.

“It doesn’t appear that we’re going to have a lot of impact to the contents on the inside of that building,” she said. She noted she was not able to get too far into the building because of the roof collapse.

A damage estimate has not been formed.

Miller said a collapse also occurred last month in Wabasha County, where a motor grader and truck became stuck in a building after 1 inch of snow fell the day after a significant blizzard.

“With the wind blowing and the snow load and the amount of moisture that comes in spring snows, it could just be one storm away for a lot of roofs to be in trouble,” she said.

Freeborn County Highway Department is monitoring shops on North Bridge Avenue along with buildings in Freeborn, Conger, Geneva, Oakland and Myrtle to ensure the safety of roofs and vents. The county is reportedly ensuring water adequately drains.