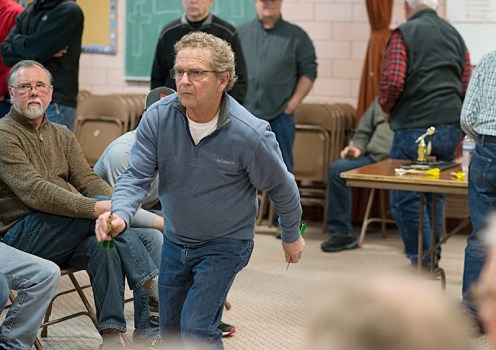 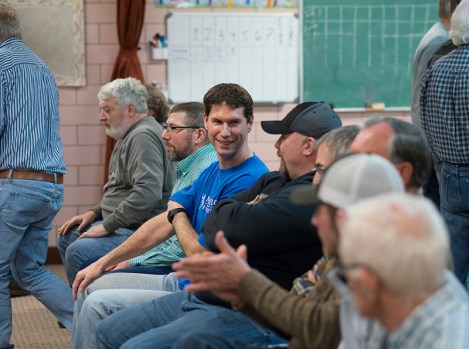 The top six teams competed in a tournament at the banquet to determine this year’s champions. Trophies were also handed out for the top 10 batting averages throughout the season. - Tyler Julson/Albert Lea Tribune 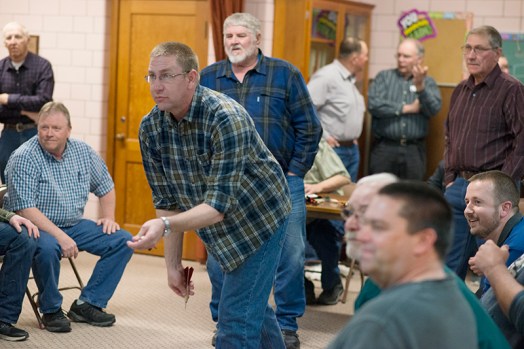 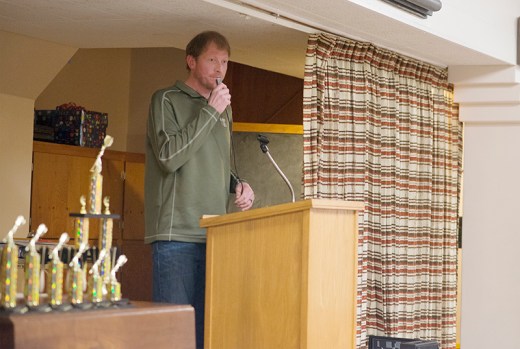 The Brotherhood Dartball League had its annual year-end banquet Monday night, wrapping up another successful season. Well over 100 players from 13 different teams gathered in the basement of Concordia Lutheran Church for a meal, trophies and the bracket tournament.

After dinner and a short meeting, awards were given out to the top six teams in the regular season, as well as the top 10 players with the highest batting averages.

Teams battled throughout the winter competing to move up the standings and into the postseason championship. Every Monday players were required to pay $1 to play. The money is then used to help pay for the banquet and then donated back into the community through local food shelves.

Taking first place in the regular season standings was Ascension Lutheran Church with a win percentage of .833. Runner-up was Pickerel Lake (.818) and in third place was Lunder Round-Prairie (.733). Emmons finished with the same winning percentage as Lunder-Round Prairie, however, lost out in a head-to-head tiebreaker. Crossroads and Mansfield also tied with a winning percentage of .633, Crossroads winning the head-to-head tiebreaker.

After the awards ceremony, it was time for the main event of the evening — the championship tournament.

In the first round, Mansfield took on Lunder-Round Prairie and Crossroads went up against Emmons in battles that would determine who would earn the right to take on the top two seeds, Pickerel Lake and Ascension.

Mansfield beat Lunder Round-Lake by a score of 8-6 and Crossroads beat Emmons 8-1. In the semifinals the top two seeds came out victorious, Pickerel Lake edging out Mansfield 5-4 and Ascension beating Crossroads 8-3.

The championship was a close fought battle with the No. 2 seed Pickerel Lake coming out on top of No. 1 Ascension 11-10, earning the title of Brotherhood Dartball League champions.