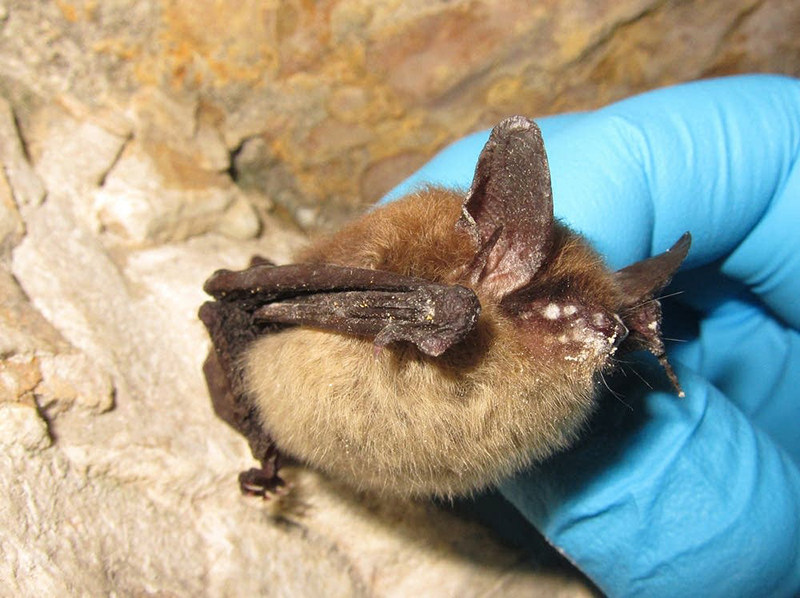 The fungus that causes white nose syndrome first showed up in Minnesota at the Soudan Underground Mine State Park in 2013. Bats started showing signs of the disease a couple of years later. It has since spread to other caves in the state, including Mystery Cave in southeastern Minnesota.

The disease began killing bats in the northeastern United States more than a decade ago and has since moved across the country, decimating bat populations.

The Minnesota Department of Natural Resources recently completed population surveys of eight sites in the state.

“We were hoping maybe our story would be a little different, but it isn’t. It’s following the trend where (bat populations) decline to very low levels — around 90, sometimes 100 percent decline in some sites,” said DNR mammalogist Gerda Nordquist.

Bats have a voracious appetite for insects and are known to reduce mosquito populations and the populations of some agricultural crop pests. Some of those insect populations might increase because of the dramatic decline in bats, Nordquist said.

Researchers, including some in Minnesota, have been looking for ways to slow the spread of the fungus that causes the disease or to treat bats that have been exposed to the fungus.

While they’ve seen some progress, Nordquist said no effective treatment has been found for bats in the wild.

In eastern states, it appears a few bats survive the disease to slowly rebuild populations.

“It’s going to take many, many years, assuming that all those female bats have young every year, for it to come back to any kind of sizeable numbers,” said Nordquist. “It won’t happen in my lifetime; it’s going to take generations.”