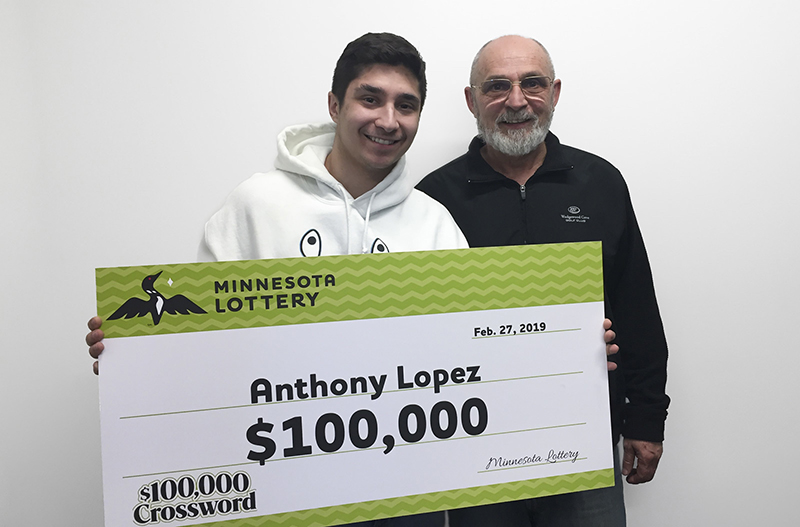 Anthony Lopez of Emmons won $100,000 on the first lottery ticket he ever purchased, according to a press release.

“A friend told me I should buy a lottery ticket,” Lopez said. He said he was reluctant at first, but his friend talked him into it.

When Lopez stopped at Shell Food Mart in Albert Lea on Feb. 22, he purchased the first lottery ticket that caught his eye — a $100,000 Crossword scratch ticket, which ended up netting him a $100,000 top prize.

Lopez claimed his prize at the lottery headquarters in Roseville Feb. 27.

When asked if he will continue to play the lottery, Lopez said, “I’ll probably play once in a while, but not very often.”

Lopez said he is looking forward to paying off his dad’s car and buying a new car for himself.

The business earned a $500 bonus for selling the winning ticket.