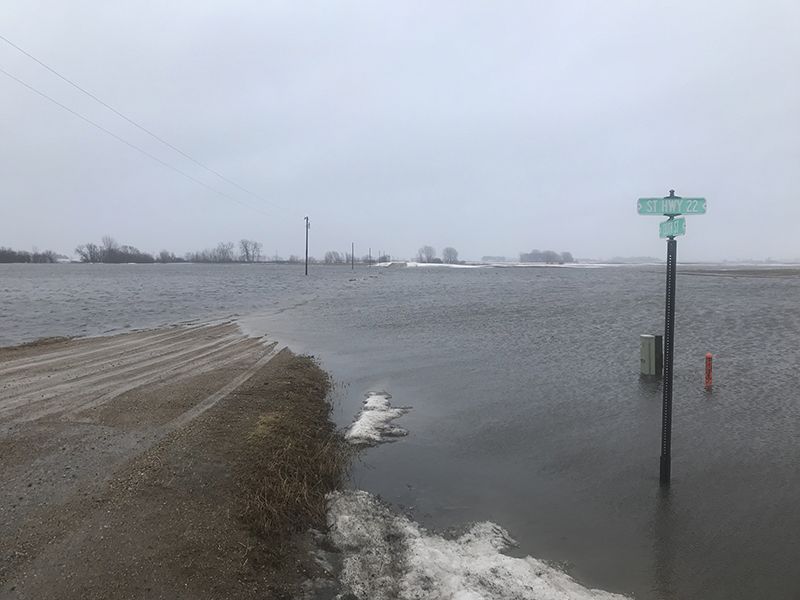 Minnesota Highway 22 at the intersection of 130th Street was flooded over in Faribault County Thursday afternoon. - Kelly Wassenberg/Albert Lea Tribune

Motorists were advised to exercise extreme caution when driving down gravel roads in the county and to never drive across roads that are flooded, according to the Faribault County Sheriff’s Office.

Faribault County Highway Engineer Mark Daly and other township officials have asked residents for their patience.

Daly said crews were out in full force Thursday trying to repair roads as the conditions allowed as the temperatures dropped below freezing. 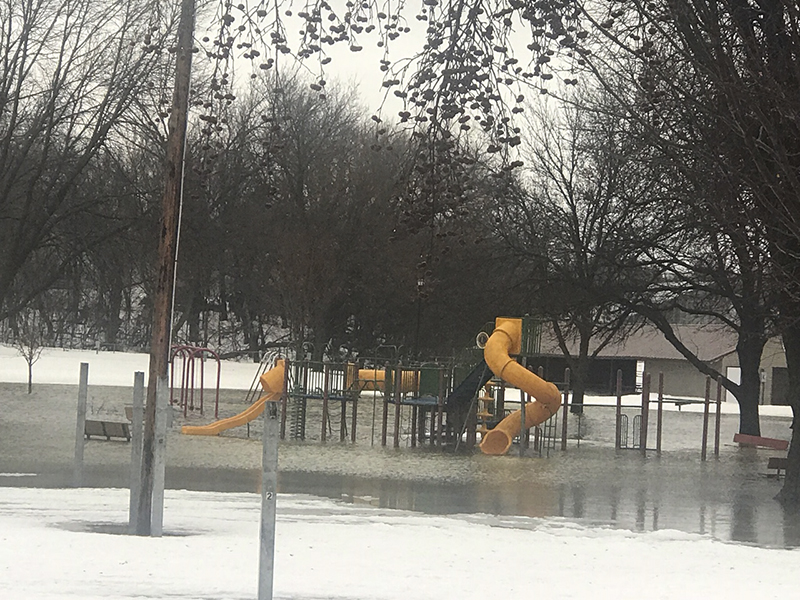 According to the Faribault County website, the following gravel roads were closed as of press time:

• 111 in Seely Township on the state line

Motorists are asked to drive safe, slow down and use caution when driving on the roads.

County motor graders were expected to be out early Friday and Saturday to try to smooth out the gravel roads.